Acting Gov. Guadagno to Save Jersey: Bramnick should be speaker 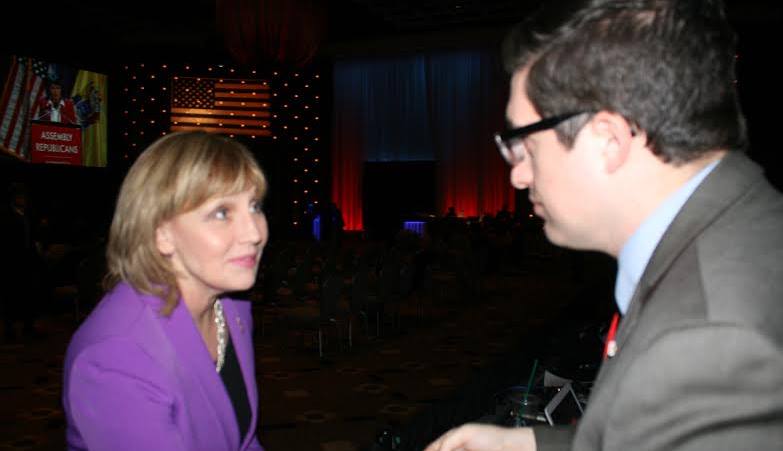 Acting Governor Kim Guadagno’s dedication to a productive Election Night 2015 isn’t in question, Save Jerseyans. She’s the consumate team player, often pitching in (and subbing in) for the Governor at state Republican events.

But when she says she’d like Jon Bramnick to be Speaker of the Assembly… is it as much a statement of what she does NOT what him to do? I’m not implying malice! I am mindful of the gubernatorial shadow primary that was tangibly underway at the Borgata on Monday….

Here’s what she told us before taking to the stage (and reminding Asm. Bramnick, at the podium, that she “packed the room with Monmouth people):

2 thoughts on “Acting Gov. Guadagno to Save Jersey: Bramnick should be speaker”