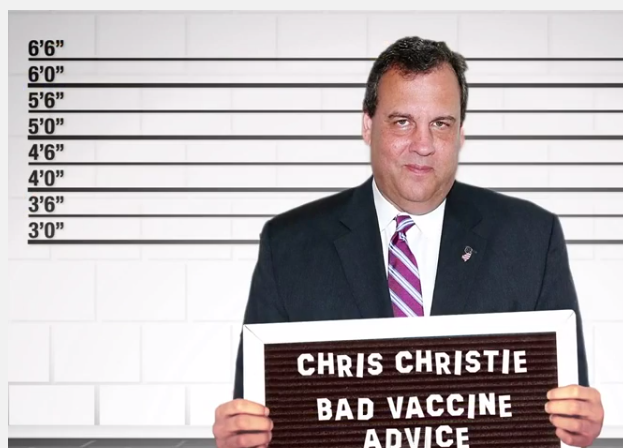 When you look at the text of what Chris Christie ACTUALLY SAID, Save Jerseyans, it’s more than a little disingenuous for the notoriously Left-leaning TIME Magazine to categorize Chris Christie’s overseas vaccination remarks as “advice.” At worst, he was noncommittal to the point of being a little cute.

But these people never miss an opportunity to savage a Republican, do they?

Let’s take a closer look at the 2009 campaign letter paragraph cited by TIME ^^ but not brought into full, close focus by the camera:

I have met with families affected by autism from across the state and have been struck by their incredible grace and courage. Many of these families have expressed their concern over New Jersey’s highest-in-the nation vaccine mandates. I stand with them now, and will stand with them as their governor in their fight for greater parental involvement in vaccination decisions that affect their children.”

Not exactly the anti-scientific, bombastic rejection of modern medicine that the video’s narrator led you to believe it was, huh? Stating that you sympathize with concerned parents, and want to work to get them more involved in the process, isn’t “bad advice.” In fact, it’s not even “advice.” It’s a promise to listen. Isn’t that what politicians are supposed to do? Even if they ultimately say sorry, no, you’re wrong?

These are the same libs, by the way, who savaged Christie for following the same procedures as the U.S. military in confronting the Ebola outbreak scare.

And Gov. Christie’s “not every vaccine is created equal” comment? He may’ve, for example, been referring to this year’s flu vaccine that’s only been 23% effective.

Relax your ass, TIME. Plenty of time to beat up GOP presidential contenders over the next two years. No reason to go and manipulate quotes, and infer sinister intent, when there’s absolutely no basis for it.