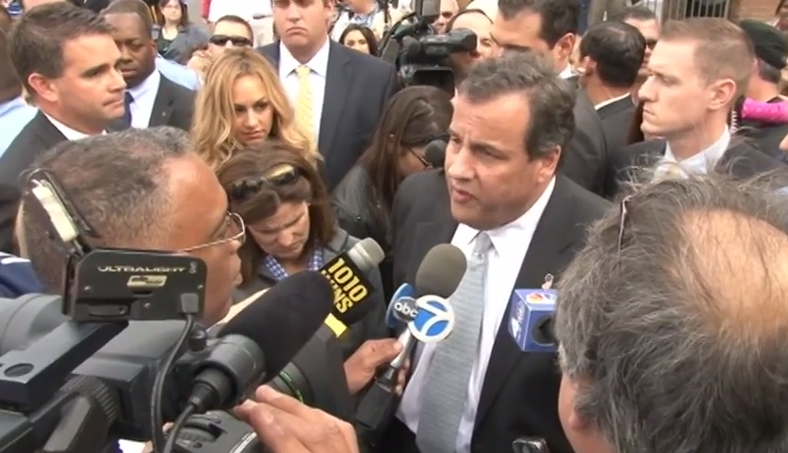 Transcript below the fold:

Governor Christie: I never claimed to be a medical expert, but I do claim to be fairly good at common sense. And common sense is if you’ve been a healthcare worker who’s been directly exposed to the virus, active virus, and you come back to the U.S. you should quarantine for 21 days. And let me tell you something, if it’s good enough for our men and women in uniform who are going over there to try to help folks in West Africa, and they have to quarantine for 21 days when they get home, then I have to tell you, every healthcare worker should have to comply with the same thing that the men and women in uniform are over there sacrificing, just as much as the healthcare workers are, they should have to do the same thing. So this is just common sense.

Governor Christie: It should not discourage people, it should not discourage people from going over there. It’s part of the sacrifice, Anthony. Because I’m sure none of these folks want to come home and get anybody else sick, because that’s contrary to what they’re doing to go over there in the first place. So no, I don’t think it should be discouraging at all. I think folks should understand part of the sacrifice is going over there and the remainder of the sacrifice is when you come home – remember a healthcare worker directly exposed to the virus, or now members of our military – you have to be quarantined for 21 days. That’s common sense policy. I don’t know when the White House is going to get around to admitting that and not giving us seven minute lectures from the South Lawn, and just get to work. And that’s what people want, they want their leaders to do things and that’s why Republican governors and Democratic governors have taken the same step that I did and we’re happy. New Jersey is proud to lead on this, to lead in the area of common sense. That’s what we’re doing and we’re not changing. I don’t care what happens. We are not changing our policy. This is our policy. It will be our policy as long as this crisis is going on.

5 thoughts on “Christie on Hickox’s Quarantine: “If it’s good enough for our men and women in uniform…””