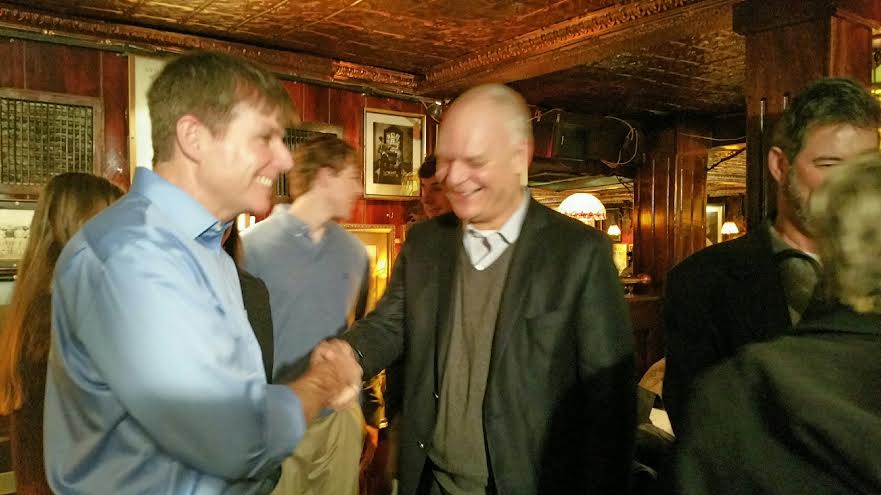 Assemblyman Chris Brown (R-2) was joined by Atlantic City Mayor Don Guardian at the historic Irish Pub on Saturday morning, Save Jerseyans, using the occasion of Valentine’s Day to express his love and commitment to one of New Jersey’s most economically-stressed population centers.

“This is a make or break moment for our middle class families, because, what’s at stake is whether this will be a county where working families can live the American Dream of earning a fair wage, going to the doctor if they are sick, paying for their kids’ education, owning a home, and retiring someday,” said Brown, who is seeking his third term representing the battleground legislative district. “I don’t think this is asking too much and is certainly worth fighting for.”

“I believe the fight for our American Dream in Atlantic County begins by stopping a North Jersey casino,” continued Brown, an A.C.-based attorney and Gulf War veteran. “In stark contrast to our willingness to stand up and fight to protect the jobs of our families here in Atlantic County, my Democrat Assembly counterpart has told us a North Jersey casino is inevitable, that he is ‘over it,’ and if it opens, ‘So be it.’”

“Chris Brown is fighting for the people of Atlantic City and for Atlantic County,” said Guardian, weathering his first term as mayor at a time when Governor Christie is appointing an emergency management time. “Chris Brown is clearly the best choice for the state Assembly and I wholeheartedly endorse his candidacy.  I could not think of anyone better.”

Asm. Brown is an odds-on favorite for re-nomination at the Atlantic GOP’s annual convention scheduled for March 21st. Freeholder Will Pauls is the front runner for the second slot.

2 thoughts on “Brown launches campaign at “make or break moment””