A giant load of BRAC: government is not a jobs program! 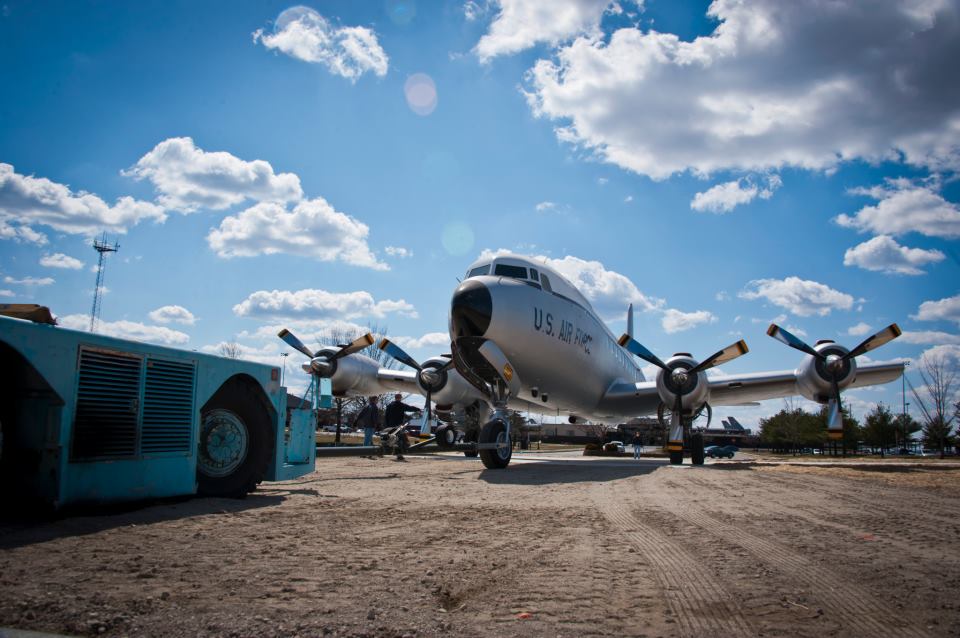 Sometimes the important stories are hidden deep in the weeds, where you either struggle mightily to find them or stumble across them as you peruse other things. The latter was the case with a recent one in The Burlington County Times about New Jersey spending nearly $200,000 on lobbyists to protect Joint Base McGuire-Dix-Lakehurst  from closure or cutbacks.

Long-time defense lobbying firm, Cassidy & Associates, has been retained for $192,000 to make sure New Jersey-based military installations remain untouched as a result of defense-related budget cuts. With bi-partisan support, the state budget allocates $200,000 in 2015 – another $200,000 is proposed for the next fiscal year – to protect military installations irrespective if cuts are dictated by the federal budget, national defense strategy or reasons of economy and efficiency.

Republicans and Democrats alike say keep the damn things open, no matter what. With policy thinking like that, no wonder the state is an economic mess and federal spending is through the roof.

Government isn’t a jobs program, nor should it be. Nor should government be an agency of old-fashioned economic protectionism propping up failing businesses or insulating them from competitive pressures. But New Jersey state government does both.

For decades, politicians nationwide fought to have military installations and defense spending in their districts even if they voted against using them to fight America’s enemies. Pork is pork no matter if it’s from the left or right side of the pig.

It got so bad that in 1988, Frank Carlucci, President Ronald Reagan’s last defense secretary, appointed a commission that recommended base closures in order to save $2 billion annually. This one-time process resulted in the closure or modification of 145 bases and other installations.

In 1990, Congress, in a rare moment of clarity and sanity, passed the Defense Base Closure and Realignment Act to take decisions over closures permanently out of its hands and give them to an independent commission not influenced by partisan politics. Since then and through 2005, the commission has recommended the closure of scores of facilities.

There were no serious challenges to any closures after the U.S. Supreme Court ruled in a case filed by former Pennsylvania Sen. Arlen Specter, a Republican, and a coterie of area politicians, including some from New Jersey, over the closure of the Philadelphia Navy Yard, where many New Jerseyans worked, that commission decisions weren’t subject to judicial second-guessing.

In anticipation of another round of base closures and modifications necessitated by President Obama’s squeezing of the defense budget, the state hired lobbyists. It’s not surprising to learn that Cassidy’s co-chair, Barry Rhodes, was once a big-wig with the 1991 base closing commission that shuttered the Philadelphia shipyard.

Nowhere, however, do we hear any mention of national security priorities or defense strategies. Instead, it’s all about local jobs for local constituents. Even if, for the sake of argument, some post or barrack or depot had outlived its usefulness and was, like San Francisco’s Presidio, which was closed by the 1988 Carlucci commission, antiquated after the Spanish-American War, it must stay open, fully funded and, if anything, expanded.

That’s a mindset that says fight the next war using the last one’s strategies and technology, which is so World War I that it’s not funny. If it keeps local voters working, who cares if we send wave after wave of soldiers to die in a frontal assault against cross-fire from enfilading machine gun emplacements?

Personally, I favor ramping up the defense budget as much as possible, but to counter existing and potential threats to America’s security and future. That your cousin, Vinnie, needs work and lives close to a base is the least of my concerns – he can pound sand for all I care. But soldiers in forward outposts and airmen at drone consoles should have the best we can supply and as much of it as they need.

Defense appropriations that are spent to keep unneeded or obsolete facilities open is money that won’t go to provide protective gear to soldiers, state-of-the-art night-vision equipment to Marines, provisions and fuel for the navy and its sailors and the best training possible for airmen and women.

Demanding that the tide of base closures not come in isn’t New Jersey’s only governmental boondoggle. Over the past few months, the news, as it always is, was filled with stories of such waste and profligacy.

Just because Essex County Executive Joe DiVincenzo backed Gov. Christie’s reelection is no reason to put his kid, whose resume those in the headhunting profession would charitably describe at best as being “a tad thin,” on the state payroll as a “consultant.” That move was complained about by yours truly here and here,

Does New Jersey, America’s fourth-smallest state in size, really need 565  boroughs, cities, towns, townships and villages, each with services that could be consolidated to reduce headcount and administrative costs thus easing the property-tax burden of local ratepayers in this, the worst taxed state in the country? Yeah, I realize some now argue that’s impossible, but they do so by ignoring the distinct possibility that as much or more work could be done by fewer people. And they neglect to mention that, as professors at a tax-supported university, they are government employees whose services might also be considered redundant.

Do I really need my garbage, including recycling, picked up three times per week when most of the time once would do?

Should the highway budget be ramped up so Uncle Merle or your on-parole brother, Rudolfo, can lean on their shovels for seven hours per day making an un-Godly amount of money because of the state’s budget-busting prevailing wage laws and union-driven project labor agreements?

How about making a few modest changes to New Jersey’s near-worst in the nation public employee pension and health care benefit program to bring it in line with what private sector workers receive, if they receive a thing at all? God forbid that bureaucrats might be offended and quit, thus saving taxpayers some money, which would be a catastrophe per their lobbying organization, another sky-is-falling canard of which yours truly complained here and here.

Then there’s the protectionism extended to the imploding Atlantic City casino industry. Gloom and doom for the already gloomy and doomed AC is predicted by its local politicos if casino gambling expands to North Jersey. Never mind that a protected Atlantic City did a bang-up job of failing all by its lonesome.

The state is so top-heavy with government programs, bureaucrats and kinfolk on the public payroll that it’s a wonder it hasn’t tipped over to sink in the Atlantic Ocean. We can still hope, however.

Sure, $200,000 out of a $32.5 billion budget isn’t a make or break deal – it’s what it represents that matters. As long as “we” – residents and taxpayers, legislators, executive branch staff and those grotesque lobbyists – see the government as a jobs program we’ll stay in the mess we’re in.

Government doesn’t make anything, create anything, produce anything – you name it. It consumes, wastes, consumes, spends, consumes and destroys. Take the $200,000 for Cassidy & Associates, except you can’t because it’s already gone.

1 thought on “A giant load of BRAC: government is not a jobs program!”