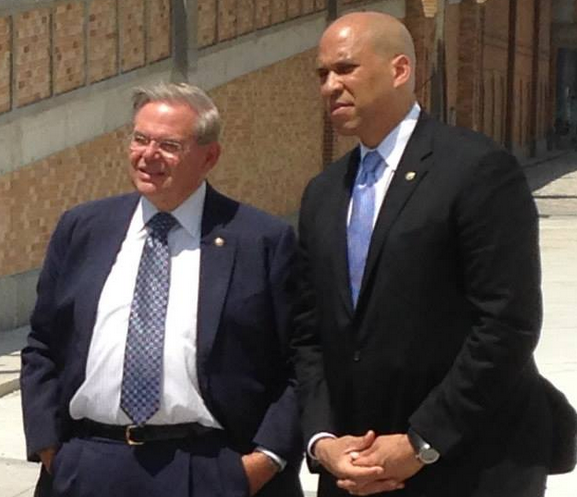 Senator Bob Menendez, it is widely reported, will be imminently indicted on corruption charges stemming from his relationship with Dr. Salomon Melgen, a West Palm Beach eye doctor who is the number one billing Medicare doctor in the country. For many, the story of the pending indictment came as a surprise.  But based on public information, the only real surprise is that it didn’t happen sooner.  Here is a brief summary of what we know.

In 2012, Melgen billed Medicare $20.8 million, ranking him number one out of the 825,000 doctors who participate in the program. That eye-popping figure caught the attention of anti-fraud investigators, and Melgen called on Menendez to intercede on his behalf.

Indeed, even Melgen’s medical credentials may be fraudulent; while he claims to have trained at Harvard and Yale, neither school has any record of his attendance.

According to prosecutors, Menendez and his staff met with Medicare administrator Marilyn Tavenner on June 7, 2012, and Menendez followed up with a phone call to Tavenner.  Then Menendez escalated to an even higher level, bringing then Senate-Majority Leader Harry Reid with him to meet with then-HHS Secretary Kathleen Sebelius on August 2, 2012.

In 2012, Melgen donated $103,500 to New Jersey political committees to help Menendez get reelected and he also sent $700,000 through his company, Vitreo-Retinal Consultants, to Harry Reid’s Super PAC.

On January 29, 2013, Melgen’s West Palm Beach facility was raided by the FBI.

Asked about the incident, Reid said: “First of all, Bob Menendez is my friend. He’s an outstanding senator. Any questions in this regard, direct to him. I don’t know anything about it.”

Menendez asserted that there were no additional flights.  A year later, on January 31, 2014, he admitted and reimbursed another $11,250 for a third flight.

There is strong circumstantial evidence of at least one additional flight that Menendez still denies, the day before Easter 2012, when Melgen and Menendez were seen together in New Jersey and again the next day in the Dominican Republic.

Investigators interviewed Senator Reid in Spring of 2014, according to Politico.

In addition to his intervention to get Melgen off the hook for Medicare fraud, Menendez also aggressively advocated for a Dominican port security contract worth approximately $500 million to Melgen and to a former top Menendez Senate staffer, Pedro Permuy.

Despite being an eye doctor with no security background, Melgen bought a defunct, and therefore largely worthless, Dominican port security contract. Menendez, in turn brought pressure to bear on the Dominican government to reinstate the contract, which would earn Melgen and Permuy windfall profits.

Permuy’s “ties to the senator go back at least 20 years,” according to the New York Times, but Menendez denied any knowledge of his involvement in the port deal, despite the fact Melgen had hired him to “run the operations,” according to Melgen’s cousin Vinicio Castillo Semán.

“Dr. Melgen was criticized for not knowing anything about security,” Castillo told the Times. “He went out and looked for people. He is being advised by people who do have to do with security, people like Permuy.”

Menendez had already spent over $1.2 million on his legal defense in 15 months through the end of 2014, initially from his campaign account and then from a new account called the Robert Menendez Legal Expense Trust.

Menendez staffers attempted to assert the Speech and Debate clause to avoid testifying before a grand jury in late February, which was also the first time it was revealed Harry Reid joined Menendez in the meeting with Sebelius.

According to the New Jersey Law Journal: “Menendez’s former chief counsel, Kerri Talbot, asked a staff member from U.S. Customs and Border Protection via email if that agency would refrain from donating used screening equipment to the Dominican Republic, clearing the way for a contractor controlled by Melgen to make a sale. Michael Barnard, a legislative assistant to Menendez on health-care issues, withheld testimony from the grand jury two times by invoking the speech or debate clause. He refused to answer 50 questions about Menendez’s conversations with Tavenner and Sebelius.”

As the chairman and now the ranking member of the Senate Committee on Foreign Relations, Menendez endangered national security through these corrupt arrangements. Indeed, as far back as February 8, 2013, the New York Times editorialized: “Menendez needs to relinquish his leadership role.”

Menendez refused, continuing to serve as chairman and now ranking member of the Senate Committee on Foreign Relations, despite the appearance that he was compromised by the investigations. As U.S. News and World Report analyst Peter Roff put it last year: “The continuing scandal surrounding Menendez means he may no longer be able to lead on issues where his views diverge from those held by the president.”

The recent reaction from some conservatives blaming Menendez’s criticisms of the president regarding Iran for the pending indictment get it exactly backwards: the perception that his views or effectiveness can be influenced by the ongoing investigation are precisely why Menendez must immediately resign as ranking member. Ben Cardin is more than able to step into that role and be tough on the Obama administration without the cloud of criminal investigation.

Menendez is entitled to his day in court, which he will have. But even if his actions are not quite criminal, they are clearly and blatantly unethical, and an ongoing criminal prosecution is not compatible with being an effective U.S. senator.  Menendez should therefore resign from the Senate so that New Jersey can have a senator and America a ranking member of the foreign relations committee who can represent constituents and the national interest free of an ongoing prosecution.

If you agree, please sign our petition at ByeBob.com.

2 thoughts on “What We Know and Why Menendez Must Go”