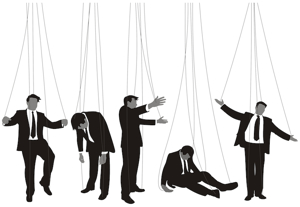 By Michael Patrick Carroll | The Save Jersey Blog

Some years back, a pair of NJ loons decided to name their son “Adolf Hitler”. On the anniversary of his birth, the parents asked a local baker to produce a “Happy Birthday Adolf Hitler” cake. Curiously, the baker balked.

Assume that the aggrieved parents, like good little leftists, ran off to a sympathetic lawyer and filed suit, averring “discrimination”. They’d likely be able to prove that the baker never rejected any other name. They might even prove he’d done Che Guevera or Mao Zedong cakes without objection.

Now, of course, the instantaneous response of leftists, rather than face the issue (utterly – deliberately – missing the point) of compelled speech, is, inevitably: “are you really comparing gays to Hitler”? Sigh.

Leftists consider anything other than unqualified acceptance of homosexuality as abject bigotry. Respond that it’s been accepted religious dogma for millennia, and hear the inevitable, eminently predictable riposte: “so was slavery”. Sigh-sigh.

Since, to a leftist, ANY objection to homosexuality is utterly beyond the pale, anyone so benighted as to hold such a view is not only beneath contempt, but utterly  unworthy of the slightest consideration. Some opinions are more equal than others; some are so extreme that basic concepts of free speech and free association simply do not apply.

Leftist objections to the contrary notwithstanding, compulsory speech – which is the subject here; not “discrimination” – is always problematic. (Leave aside the question of why anyone, discovering that another finds his conduct immoral, would demand, under a threat of lawsuit, that such person attend his wedding.)

RFRA laws were, once, relatively uncontroversial. Nationally, Chuck Schumer sponsored the law (which, but for a SCOTUS decision, would have applied to the states as well as the feds) and it passed without recorded dissent in the House, the membership of which included such notoriously homophobic Members as Barney Frank and Gerry Studds. In NJ, not only did the ACLU support it, but when the Assembly passed it, rabid conservatives like Fred Caraballo and Lou Greenwald cast affirmative votes.

What changed? Back then, the left thought it was protecting American Indian peyote smokers against drug laws. (Never mind that this produced the possibility of truly problematic results: A gets sent to the calaboose for the use of a product which B can freely employ in his religion, which looks an awful lot like “discrimination”.) Only recently has it transpired that Christian Conservatives (both words are leftist epithets) might wield the law as a shield against being forced into participating in gay weddings. Can’t have that; it’s “discrimination”, the greatest sin in the leftist catechism.

Now, note: this issue never arose before gay marriage became the latest, judicially-authored amendment to our various constitutions. Few, if any, gays ever encountered the slightest “bigotry”: being refused service at a “Christian” restaurant, for instance. But, of late, a few – very few – cases have arisen in which people of (what the left considers to be despicable) conscience refuse to participate in, or cater to, gay weddings. Cue instant outrage. And boycotts. And lawsuits.

The first two are legit; the last, not.

One can concoct all manner of hypotheticals and analogies, but the question presented in most cases is fairly simple: under what circumstances, if any, is it proper for government to compel people to speak, write, or produce art, when they find the subject objectionable?

The answer is, generally: NONE.

And let’s be even clearer. It is not 1955. This is not South Carolina. And gays are not remotely in the same position as were Blacks. As the hue and cry confirms, gays are a powerful, politically potent, extremely effective, exceptionally wealthy constituency, not the least bit “oppressed” and in no way, shape, or form “victims”. If they encounter someone who dislikes their conduct and refuses to bake a cake or shoot a wedding, so what? The baker next door has no objections, and the photographer or florist next door is probably gay.

No, this isn’t about civil rights; it’s about employing the coercive authority of government to  utterly crush opinions the left despises.

If a merchant engages in practices one finds hateful or immoral, one is free to shake the dust of that establishment from one’s feet and move on. One is free to publish that establishment’s policies and seek to drive it out of business. The left is all over boycotting businesses which don’t toe the progressive line; go for it. (And may you enjoy the same success you had with Hobby Lobby and Chick Fil A.)

But when one attempts to wield the coercive authority of the government to compel someone to speak, write, or otherwise express an opinion to which that person objects, one crosses the line. It’s NOT about “civil rights”; it’s about fundamental freedom, essentially taken for granted for more than 200 years, but under assault from tyrannical leftists who refuse to accept that certain opinions are worthy of legal protection.

Back to Hitler. Or Che. Or a Flyers fan baker who refuses to do a Rangers cake. (If there is a soup Nazi, perhaps there is a cake Nazi.) A free society requires that no one ever be compelled to express an opinion, do art, or participate in a rite he finds offensive.

In a free society, the use of force is a last resort, employed only under extreme circumstances. Dealing with 1955 ubiquitous racial attitudes justified that use; dealing with the occasional objections to gay weddings does not.