Every man for himself: Baroni, Kelly declare innocence while latter launches defense fund 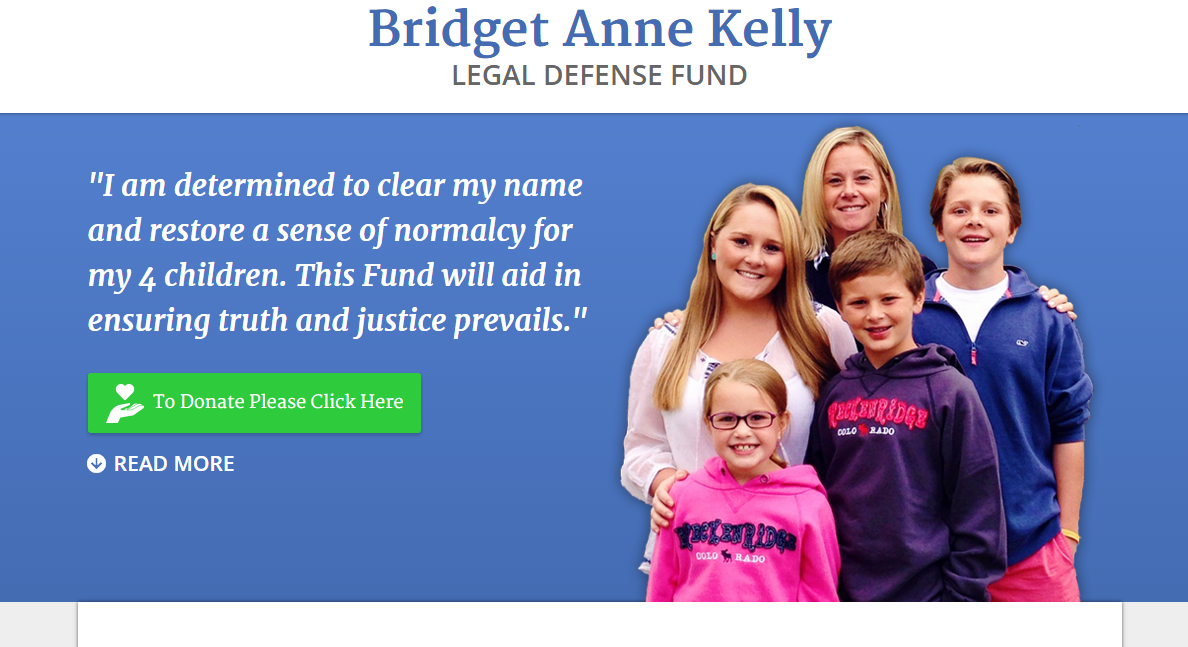 With the Bridgegate scandal seemingly contained to three alleged co-conspirators – David Wildstein, Bill Baroni, and Bridget Kelly – the chum is in the water and it’s every man (or woman) for themselves, Save Jerseyans.

Wildstein’s attorney, Alan Zegas, is still making vague statements about what Chris Christie knew. Baroni’s attorney, Michael Baldasarre, held a presser and called Wildstein a “habitual liar,” marking the end of a friendship between the former state senator and blogger “Wally Edge” that brought Wildstein to the Port Authority in the first place.

Kelly? She pointed fingers in many directions at a 4pm Friday press conference.

Looking professional and prepared, the Bergenite said that the idea that she was “only one in the governor’s office” aware of the alleged lane closure retaliatory scheme is “ludicrous.”

She’s also launching a criminal defense fund. On the site, www.bridgetannekellydefense.com, a statement from Kelly seeks to portray her as a scapegoat for unnamed figures further up the food chain, a strategy that’s been consistently apparent in her defense tactics from day one.

“As you can imagine, this past year has been extraordinarily difficult. From losing a job that I loved, to being publicly humiliated and ostracized, and now to being wrongfully charged with a crime, I could never have imagined being in this position a year ago. I have committed absolutely no crimes,” she explains. “However, due to the high profile nature of this case and the concerted effort of some of my former colleagues to discredit me and smear my reputation, it has become impossible for me to gain employment and finance a defense of the charges on my own.”

The former deputy chief of staff also complained about the inequity of the state of New Jersey refusing to pick up the tab for her legal fees despite the fact that, in Kelly’s opinion, all of her actions were “within the scope of my employment.”

9 thoughts on “Every man for himself: Baroni, Kelly declare innocence while latter launches defense fund”