The (latest) Battle of Saddle River, this time to succeed Sam Raia 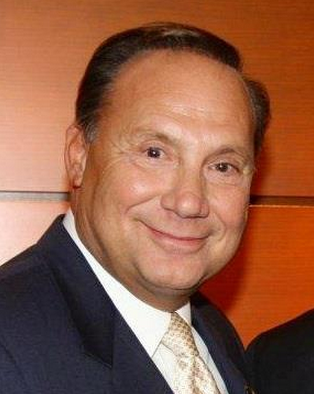 Sam Raia may have returned to his post as NJGOP Chairman after a brief hiatus, but come January he will not be returning to his post as mayor of Saddle River.

After serving two towns as chief executive as the most Republican in Bergen County, Raia declined to seek re-election setting up a brutal primary in the town, something has become a theme as of late. Last year, lawsuits and recounts left the election result a mess, but the two candidates running off-the-line wound up victorious. The only saving grace is that due to the makeup of Saddle River, there was no Democratic opposition in the fall.

This year, once again, there is a primary for both mayor and council.

On the line and backed by the BCRO for mayor is Dr. Al Kurpis, a councilman and someone respected heavily by both sides of the feud. He is joined on his ticket by Ben Acaster and Liz Salazer, neither of whom is currently elected to office. Opposing him and backed by the Saddle River Republican Club is Jim Napolitano, a former banking executive. Napolitano holds nothing back in his disdain for the leadership of Raia, openly declaring that his intent is to reverse eight years of what he sees an ineffective and totalitarian leadership.

Perhaps not as brutal as what we’ve seen over the last few years, this year, neither side has been holding back in its attacks.

Napolitano has sought to paint Kurpis as a pawn of Raia, something that I am told is receiving a mixed reception given the reputation Kurpis has built as a consensus builder on the council and an open minded person willing to listen to both sides. Voters are having a hard time seeing his election as simply an extension of Raia. The attack launched by the Kurpis team does appear to be taking hold according to sources on the ground, all related to a general theme we’re seeing simply far too much of this year: GOP opponents who are allegedly Democrats masquerading as Republicans, or at least financially linked to Democrats, as donors or recipients, all due to the partisan leaning of the particular town.

The numbers are a topic of discussion in tuned-in circles. Whereas Kurpis has donated thousands of dollars to exclusively Republicans over the years, Napolitano has split his donations, with over $3,000 to none other than Jim McGreevey. He also gave thousands of dollars to “Keep New Jersey Moving” a PAC which donates almost exclusively to Democrats. Like many others, Napolitano, a successful businessman, will most likely argue the donations are business driven, but isn’t that exactly what drove Jeff Bader from the Woodcliff Lake Republican Party just weeks ago?

What’s certain: this primary will be a bruiser which could come down to a single digit margins of victory. Thankfully, this primary will have a happy (of sorts) ending as no Democrats have filed to run in November which will keep Bergen County’s most Republican town safely in hand. But one can’t help but wonder if the extreme Republican-on-Republican violence we’re seeing around the state this year, sometimes funded by Democrat-linked groups, will eventually allow for more Dem incursions in GOP territory in future cycles.

2 thoughts on “The (latest) Battle of Saddle River, this time to succeed Sam Raia”