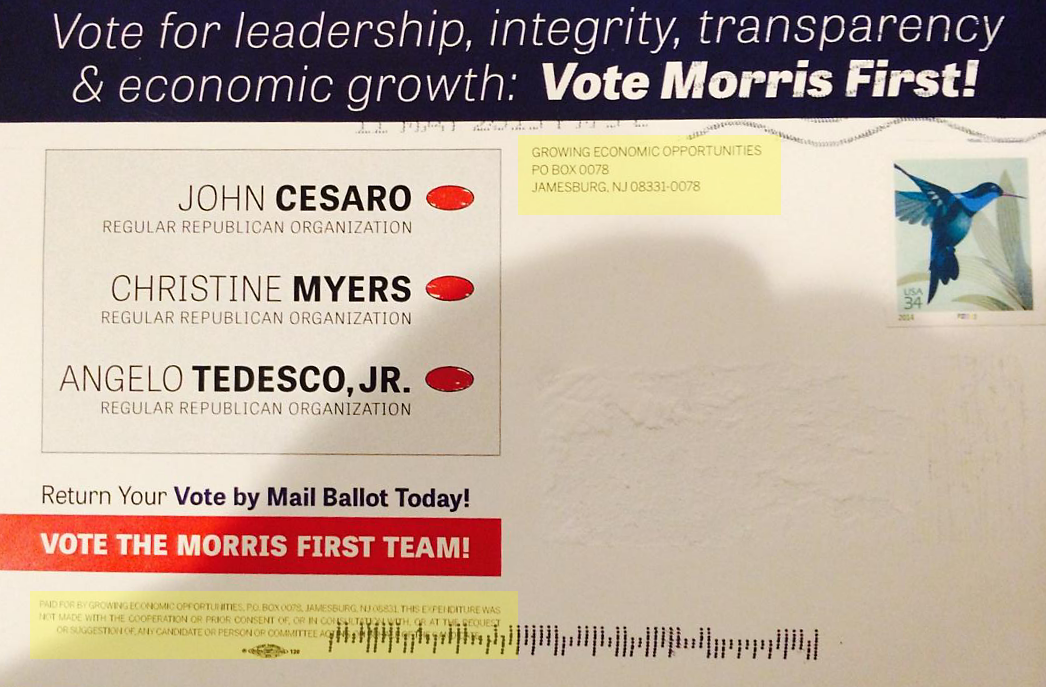 “In my 23 years in county government, I have never witnessed a more dysfunctional Freeholder board who are taking this county in the wrong direction,” said Sheriff Rochford in a strongly-worded Wednesday statement released by the campaign of incumbent John Cesaro and his “Morris First” ticket running mates, Christine Myers and Angelo Tedesco.

Rochford and Cesaro were also on the same side during last year’s county police merger debate.

“John Cesaro, although an incumbent, has NOT been part of the problem, but has been part of the solution,” he added. “We have to get some sanity back on the Morris County Freeholder Board.”

The good sheriff and I certainly agree on at least one point, Save Jerseyans: Morris County politics is insane. And intensely personal.

This year’s open primary has elicited plenty of heated allegations and, troubling, a stream of third party spending traced to Democrat sources and backing the Cesaro-Myers-Tedesco slate. Sources on the ground report an almost every-other-day onslaught of mailers financed by pacs not formally affiliated with either campaign.

“John Cesaro knows his base of support amongst Republicans is virtually non-existent, so he actively sought out powerful Democrats and liberal special interests to invade our Republican primary and seek to take over county government,” said Freeholder Dave Scapicchio who is teamed up with fellow Freeholder John Krickus and Denville Councilwoman Deborah Smith.  “It’s outrageous.”

Their opponents’ response has been to ignore off the PAC line of attack and accuse detractors of hypocrisy for selectively criticizing labor endorsements.