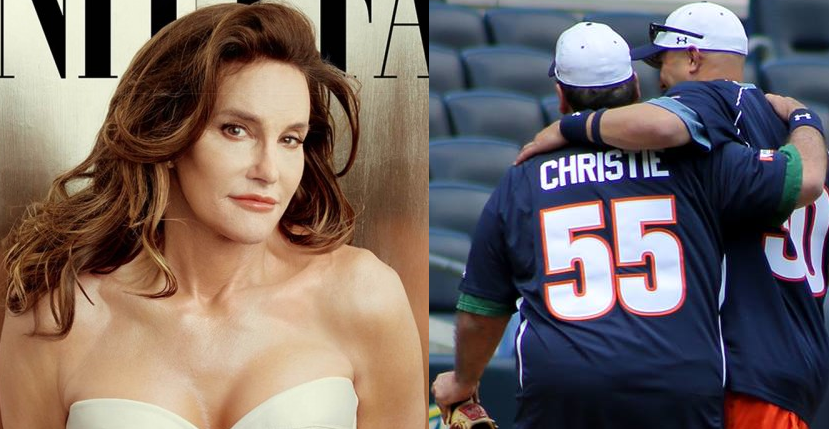 Governor Chris Christie helped raise money at a celebrity Yankees baseball game for the NYPD on Wednesday night, Save Jerseyans. The Big Guy was able to set aside his Mets-philia for the evening, and he even got a hit at bat (a fly out to left field):

It should’ve been a home run, but that’s not the world Chris Christie inhabits anymore. The entire Internet is making fun of his form-fitting baseball pants today. One particularly unflattering photo is going viral.

Keep in mind that this the same digital lynch mob that just gave everyone a ream of crap for making fun of the artist formally known as Bruce Jenner.

Why doesn’t Chris Christie get a Vanity Fair cover for his “bravery” here?

Frankly, I don’t care what anyone says about anyone else within reason. We live in a free country, and if there’s one thing that this country has in overabundance at the moment, it’s sensitivity. I just wish these cultural commentators would admit they’re all partisans, and full of shit, when they pretend to care about stuff like “tolerance,” “anti-bullying” and “healthy body image.” They clearly don’t as evidenced by the coverage of Chris Christie’s… pants?