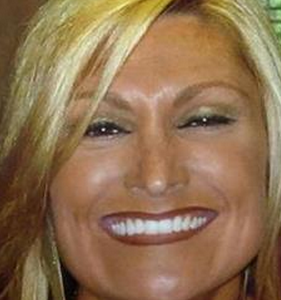 At first blush, Carol Bowne of Berlin Township (Camden County) seemingly did everything that a domestic violence victim is supposed to do. She sought and received a restraining order, installed an elaborate home security system, and according to at least one published report, “began the months-long process of obtaining a handgun.”

Those months proved fatal, Save Jerseyans. Ms. Bowne was discovered stabbed to death in her own driveway on Wednesday night.

The suspect? Her ex-boyfriend and a convicted felon who, as of this writing, also remains at-large.

Now, New Jersey’s gun laws are infamously terrible (Shaneen Allen was only the most prominent recent example). So terrible, in fact, that a rational mind is left to conclude that gun control proponents care only about more gun control, not safety. For the sake of brevity, I won’t revisit the mountain of data that backs me up; the murder of Carol Browne is proof enough, right?

Yet somehow the alleged killer found a way to do it, right? With a knife. Which brings me to the key point: contrary to what our liberal friends would have you believe, the government cannot be all things to all people. A restraining order is a helpful tool for domestic violence victims but, at the end of the day, it’s not the same thing as having the armed protection afforded many top-tier political decision-makers who, ironically, champion restrictions on their voters’ ability to defend themselves. Bad people will always find a way to act badly.

The Framers knew it. That’s part of the reason they specifically memorialized our right to defend ourselves in a written document. But I don’t expect to win a decades-old 2nd Amendment debate in one post. I’m good, but no one is that good.

So maybe we can compromise? For a change?

My idea: Let’s amend New Jersey’s gun regulations such that a domestic violence victim (defined as someone with an active Final Restraining Order on the books against a former spouse/boyfriend/girlfriend) gets fast-tracked for a firearms purchasing approval provided, of course, the victim doesn’t have a violence criminal record of his or her own.

Trenton politicians love naming bills after people/animals, and typically the purposes of those pieces of legislation are a lot less important than this one. By a mile.

Let’s introduce Carol’s Law. And then please let those politicians who make a career out of demagoguing any attempt to empower citizens in their own defense, asking us instead to turn over out weapons and trust the Daddy State to protect us, explain to New Jersey voters why Carol Browne isn’t around for her own Gabby Giffords-style gun control photo op at the State House?

I practically wrote the damn bill summary/press release for you, NJ GOP’ers. You’re welcome. Now get busy before this happens again. Because it will, rest assured, and the failure to act won’t be the police or the court’s fault; only the legislature will rightly bear the blame.