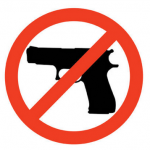 We saw further proof of that age old adage over the past week following the tragic death of Jersey City police officer Melvin Santiago.

This young man wasn’t the first law enforcement professional to die in the line of duty; he may be the first to have an alleged murderer who was memorialized in both real life (and Facebook world) in the immediate wake of the fatal shooting and leading to plenty of outrage here in New Jersey and around the country.

Disgusting though it might be, the act of lionizing a suspected cop killer perhaps isn’t as troubling as the underling cultural rot that it signifies… and millions of Americans’ blindness to it…

So-called “mass” shootings earn the biggest headlines, but it’s an undisputed factthat urban gun crime dwarfs school shootings in terms of the raw body count. Consider how the 900+ victims of mass shootings over the past 7 years – defined as gun incidents where four or more victims are killed – constituted less than 1% of gun fatalities in the United States over the same period.

We know that the mentally ill are predominately responsible for mass shootings, a point articulately communicated by Governor Chris Christie in his recent magazine limit veto message. So who exactly is committing the other 99% of gun crimes resulting in deaths? Nuns? NRA members with Limbaugh Letter subscriptions? Children finding and misusing unsecured firearms while their parents negligently dither elsewhere?

Nope. Drug dealers, gang members, and other moral reprobates patrolling our cities’ streets with chips on their shoulders and stolen weapons on their hips are the primary drivers of gun homicides. These are the type of human beings – and I use the term “human” loosely – who grew up in a culture where “snitching” is a cardinal sin and the police are the enemy; memorializing cop killers is only a natural extension of this urban anti-culture. The results? Over the July 4th long weekend alone, 82 human beings were shot in Chicago over an 84 hour period. 14 died. In a city with some of the strictest gun control regulations in America.

Perhaps that’s why it’s doubly infuriating to see swarthy machine cogs like Asm. Lou Greenwald complain about Chris Christie’s “craven cowardice” to Huffpo following the Governor’s magazine veto. [Side note: “craven” means “cowardly,” so Lou basically called the Governor a “cowardly coward” in his infinite wisdom; keep in mind this brain trust is the second most powerful man in the Assembly.]

The facts never seem to matter. Most gun crimes are committed with pistols, and 99%+ of gun deaths aren’t “mass” shootings committed with assault weapons (more like stolen or smuggled guns from “blue” states), but Democrats like Greenwald focus their legislative efforts exclusively on addressing the < 1% of gun-related murders which go down, by the way, in “gun free zones” created by liberal Democrats! And by “address,” I mean exploit families and curtail constitutional rights while mocking sane politicians like Governor Christie who actually bother to tackle root causes.

Meanwhile, the gun crime epidemic occurring in urban settings like Chicago and right here in Newark is routinely ignored by Democrats because the problems (and solutions) don’t fit their narrative; it would make Democrats look bad. Their heads are self-servingly wedged up their own backsides.

I don’t see anything changing until they come up (or out?) for air though, if we’re being honest, a mass extraction would be the best memorial to Officer Santiago’s memory.