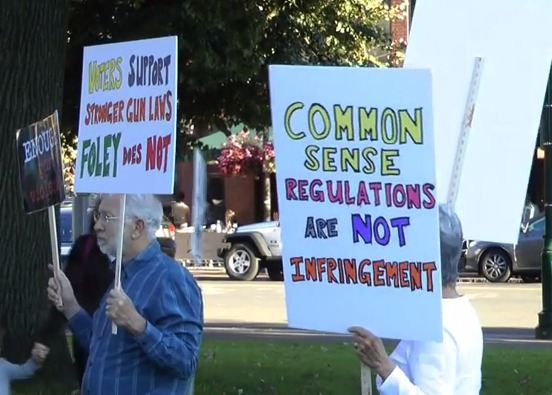 Once again the gun-control lobby latches on to a social problem to tug at the public’s heart strings in its never-ending crusade to eliminate the private ownership of firearms in New Jersey. 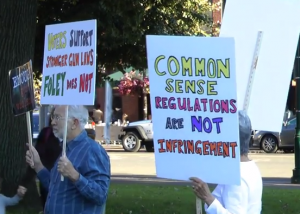 This time, we’re told without any supporting data to prove that a problem exists, that new rules are needed requiring judges to order those convicted of domestic violence offenses to sell their firearms within 24 hours or turn them over to the police in the same time period. A hearing for this bill, for which Gabby Giffords made a lobbying trip to Trenton, is being held today under the State House dome.

In vain I searched the Star-Ledger’s most recent article on the subject for evidence of support from domestic violence advocates for A4218, the bill that would, if enacted and signed by the governor, codify the rules.

I did see, however, plenty of sky-is-falling histrionics from gun-control lobbyists (you’ve heard it all before) who never miss an opportunity to deny citizens their Second Amendment rights. If a case could be conjured that gun ownership contributes to climate change or caused the New York Rangers to fail to make it to the Stanley Cup, then you can bet they’d become BFFs with the Sierra Club and local hockey fans.

4 thoughts on “Gun-control zealots care about gun control, not safety”