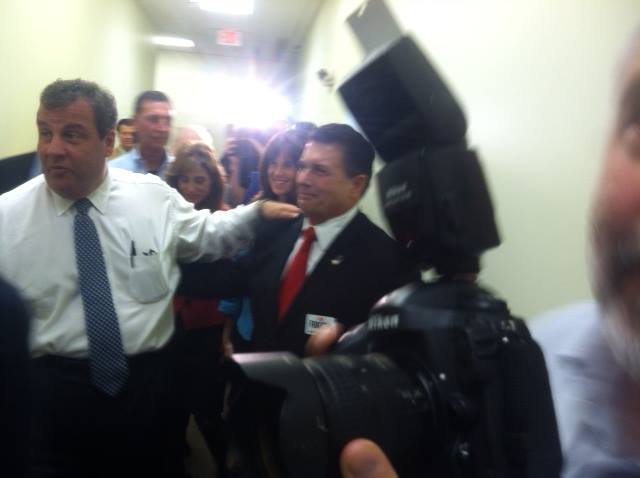 Here’s something fun for you:

Assemblyman Sam Fiocchi (R-1) is siding with neighboring LD2 Republicans over his Republican Governor, Save Jerseyans, issuing a Monday afternoon statement as the Meadowlands casino controversy reaches a fever pitch ahead of the hopeful developers’ Wednesday press conference.

“Casinos in North Jersey are a bad idea, and I disagree with both Governor Christie and the Democrats who control both the Senate and Assembly on this issue,” Fiocchi, fighting for a second term this November, declared. “Studies have shown that a North Jersey casino could force another 10,000 people in our region to lose their jobs. My constituents here in Cape May, Cumberland and Atlantic Counties are opposed to North Jersey casinos and so am I.”

Whether or not you support the substance of his position, Gov. Christie’s declaration in favor of a North Jersey casino expansion (note: he hasn’t committed to a specific plan) put Asm. Chris Brown (R-2) in tough spot; like Fiocchi, Brown is seeking reelection in a rare split, marginal district, partnered this time around with Cumberland Freeholder Jim Sauro.

Another commonality? Asm. Brown made waves of his own by criticizing the Governor’s campaign strategy in the wake of the 2013 election.