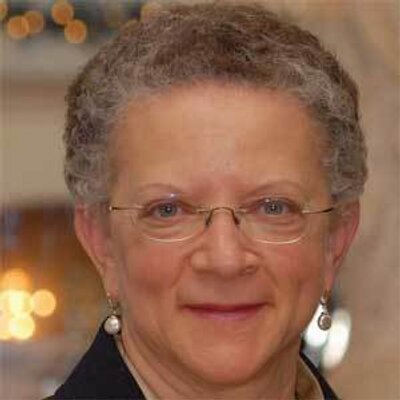 With Tuesday’s big pension news breaking hard, Save Jerseyans, you may’ve missed the 100+ parents and activists who besieged New Jersey Democrat Assemblywoman Mila Jasey’s Maplewood district office to protest A4351, legislation designed to impose a three-year moratorium on increases in charter school enrollments approved by the Commissioner of Education starting for the 2015-2016 academic year.

It wasn’t a Tea Party crowd:

Let’s narrow this discussion: the offending bill itself is pointless and, if I may be so bold, cruel on its face. Listen to the parents featured above and tell me I’m wrong… make my day! So the only real question worth our consideration is why a legislator would put up such a pointless piece of legislation, right? Given the clear and present failures of our K-12 education system?

Well, Asw. Jasey told NJ Advance Media that she doesn’t have an agenda; all she wants is a “a fair assessment of where we are and where we are going.” Whatever that means.

But you and I know the truth: she’s a bought-and-sold NJEA foot soldier.

And in a district (LD27) that is borderline competitive at least on paper, Jasey doesn’t want to risk losing their backing especially in a low-turnout cycle. Jasey’s district added Essex’s Millburn and the Morris County municipalities of Chatham, East Hanover, Florham Park, and Hanover in 2011 redistricting but it shed the Abbott District-designated City of Orange; voucher support, perhaps unsurprisingly, is often strongest among those forced to attend our state’s crappiest failure factory public education institutions.

Selling out kids is consequently as attractive as it is lucrative. Seductively so. The single largest donor of Jasey’s career is – you guessed it – the NJEA at $31,600. Her next closest contributor trails at $9,200. We’re not even touching the Super PAC spending in this post.

Just don’t treat her like an aberration. It’s an attitude that runs throughout the entire organization. Back in 2012, then-NJEA Executive Director Vincent Giordano went on TV and infamously told New Jersey’s poor families stuck in crappy public school districts sorry, “life’s not always fair.” Then at the 2015 NJSCERA Conference on Virtual & Blended Learning, the NJEA’s Marguerite Schroder admitted that NO, her organization wouldn’t support a non-unionized school even if it was high quality. The real goal, of course, is protecting the quality of living for the union leadership, not the teachers/students/parents.

Are you starting to see the big picture here, NJ? Finally? I sure as hell hope so. It’s staring you in the face.

There is NO excuse to feign surprise at a broken multi-billion dollar pension system and a school system where $20,000+ per pupil can’t buy college readiness when the political system is controlled by callous, greedy gangsters and the politicians living inside their collective pocket. Like Mila Jasey.