In America, Is Open Debate Even Possible Anymore? 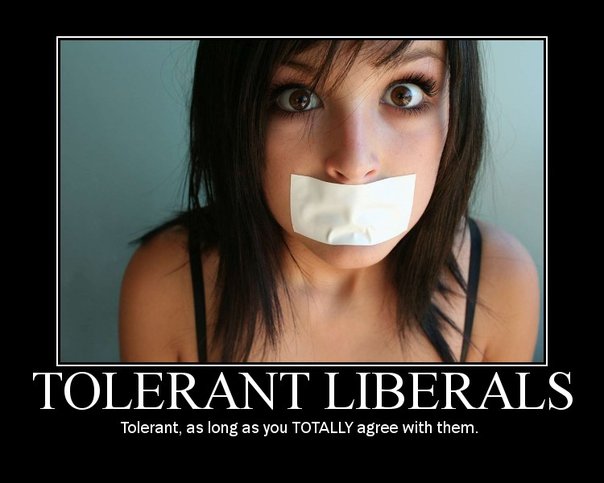 And so we ask an important question.

In America, is it possible to have open, vigorous, no-holds-barred debate?

Is it? Is it really possible?

It’s a shame we have to even ask the question but consider the following:

– If you question the theory of climate change (formerly known as global warming till that was discredited), you’re attacked as neanderthal.

– If you disagree with the Supreme Court’s bare majority (5 to 4) ruling on gay marriage, you’re called a bigot.

– If you argue that separation of church and state was never meant to separate us from church, you’re targeted as a raving evangelical.

– If you defend the Second Amendment and the right to bear arms, you’re a threat to society; among those who “cling to their guns.”

– If you seek to have a reasonable discussion about the waves of illegal immigrants coming across our southern border, you’re termed a racist.

– If you opposed Obamacare, you are have no compassion.

– If you defend capitalism, financial success and property rights, they call you selfish and greedy.

– If you don’t want your kids to be subjected to government-sponsored sex education or a curriculum that reinvents American history, you’re accused of being unenlightened or, worse yet — guilty of parental neglect.

– If you defend states’ rights, you’re divisive. If you’re weary of radical Islamists and you’re wondering when we’ll respond in kind, you’re a war-monger. If you don’t admire European-style socialism, you’re myopic and provincial.

– If you speak up on these or similar matters, you’re likely to be branded mean or jingoistic or imbecilic.

This is what we’re dealing with. This is what “argument” has been reduced to. And it’s juvenile, self-serving, demagogic and ultimately destructive.

As a high school and collegiate debater I learned that there were at least two sides to every issue and that issues can and should be fairly and fully aired based on fact. But today we have a government, a media and a popular culture that engage in name-calling, broad-brushing, stereotyping, band-wagoning, hand-wringing, fear and intimidation. All of these are among the worst types of propaganda.

And, make no mistake about it, the biggest purveyors of these techniques can be found on the left among re-branded “progressives” (aka liberals).

They preach tolerance and understanding but they practice a near maniacal form of intolerance. In the name of compassion, they will swat you down quicker than you can say “Why?” or “Where” or “When?” or “How?”

Those are question they don’t want to deal with — questions they have no intention of answering.

We’ve reached a stage of polarization where people simply do not want to be challenged. Period.

You know, as in “If you like your doctor, you can keep your doctor. Period!”

But America is in trouble. We’ve had enough lies. Enough!

We need an honest, full-throttled airing of these and other issues. And we need it now.

There’s no time to worry about politically-correct nonsense — no time to worry about who will be offended. In a country drunk with individual rights where the self is celebrated with naked abandon at every turn and everyone is “out,” it’s time to let open-throated, fact-based, passionate rhetoric out of the closet. Time to bring it into the public square. Time to speak up — even if we have to shout it out.

Demand this of your leaders and those who would presume to lead you. Tell them you will no longer accept equivocation and squeamish, blow-dried answers to your questions.

Nothing shocks you anyone — or nothing should. So, let them know you want unvarnished answers, solutions and rough and tumble debate if that’s what it takes. And if all or part of it offends somebody or some group, so be it.

Tell them you can take it.

Tell them to bring it on.

Tell them America can take it.

What’s more, tell them that the hour is late and you and your country need this now more than ever.

7 thoughts on “In America, Is Open Debate Even Possible Anymore?”