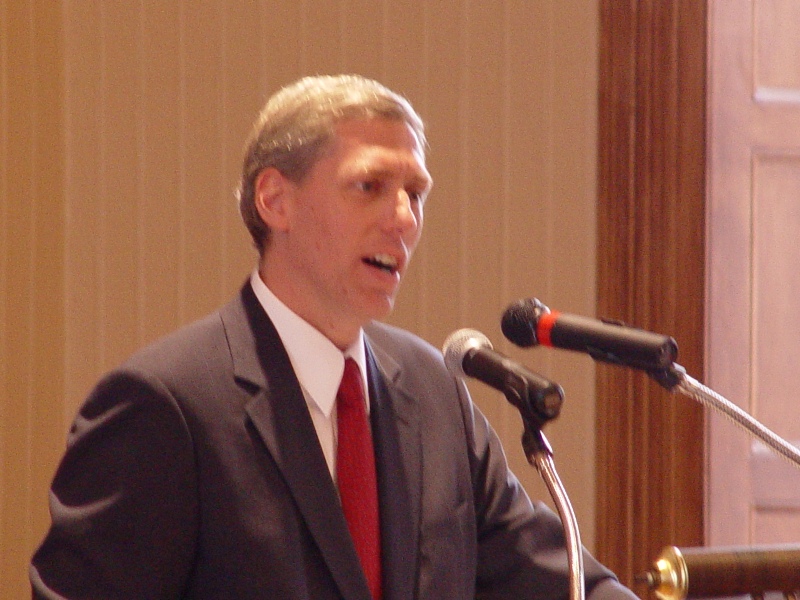 By Asm. Erik Peterson | The Save Jersey Blog

The time has come for New Jersey’s Legislature to stop volleying the blame of who created the perilous state of the public employee pension system. We need to get past the political theater of pandering sound bites and start a bi-partisan process to develop and implement fiscally responsible solutions.

The $80 billion unfunded liability in the pension system will not be solved by borrowing money to make a $1.3 billion payment in July. The premise that the stock market will grow enough to cover the high cost of borrowing and generate additional revenue for the pension fund goes against fiscal common sense. The only real solution to our chronic pension problems is structural reform of the entire pension system.

Responsible pension reform cannot rely on gambler’s luck. Borrowing money to make a pension payment and investing it in the stock market will not earn more in profit than we must pay in interest. It is irresponsible and extremely risky public policy to gamble with taxpayer money. Short-term borrowing is not a long-term solution. This kind of political thinking is what led us to the pension Armageddon we now face.

Three times since March, I have called on the Speaker of the Assembly to convene a special session of the Legislature devoted to solving the pension crisis. This issue affects not only public workers, but taxpayers as well. We need to protect the current work force and those who will participate in the system for generations to come.

The first sign of both parties acknowledging the need to convene and have a frank discussion about the future of the pension program occurred at the Assembly’s last voting session on June 29. Assembly Budget Committee Chairman Gary Schaer said, “If indeed we are looking to pass over partisanship and make a united statement, and I would join with many of my colleagues, under the speaker’s direction, to meet and discuss at length these kinds of issues.”

Republicans accepted the invite to offer ideas on fundamental reforms to a pension system dangerously close to collapsing. Democrats should allow the Legislature to hold a special session and take a hard look at the budget to decide what can be cut to make up the revenue, because raising taxes isn’t a viable solution.

To tax their way out of the problem, Democrats would have to raise the sales tax to 10 percent or increase income taxes by 29 percent. Even the proposed millionaires’ tax would need to be supplemented with a $3,000 average tax increase on hard working middle class families who already struggle under New Jersey’s crushing tax burden to make ends meet.

The only fiscally responsible way to solve the structural problems with the pension fund is to meet and hammer out solutions. Protecting the pensions of workers currently receiving benefits and those who anticipate a pension when their working days are over is a top priority. It is time to face a problem that has persisted far too long and fixing the problem requires facing the fact that sacrifices need to be made.

The ball is in our court. In order to remedy this problem, everyone must be part of the solution. That is a cold hard fact, but it is the truth.

A blueprint for fixing the pension crisis has been developed. The New Jersey Pension and Health Benefit Study Commission issued its “Roadmap to Resolution” report in February and a joint memo from the commission and the New Jersey Education Association (NJEA) also provided an outline for reform which was, originally, supported by NJEA leadership. At the very least the “Roadmap to Resolution” is a good starting point. All New Jerseyans, young and old, private and public sector and business alike have a vested interest in a fiscally responsible resolution to solve the pension crisis.

New Jersey’s long term viability as a vibrant and economically dynamic state hangs in the balance and we have a starting point for discussions. Legislators should be ready to return to Trenton this summer and work together to find a final resolution to a daunting but not insurmountable pension issue.

4 thoughts on “Time for Special Session on Pensions”