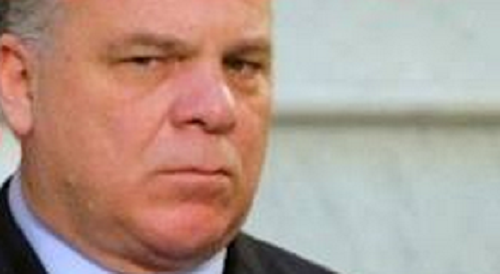 This one shouldn’t require much explanation, Save Jerseyans.

Not content to rule only New Jersey’s future, gubernatorial aspirant and incumbent Senate President Steve Sweeney is in the news today after floating a “plan” for a trillion dollar, multi-state bailout of our country’s many under-capitalized state-based public pension systems. “We are glad that Senate President Sweeney continues to explore every possible option for helping New Jersey responsibly meet its pension obligations,” chimed in NJEA President Wendell Steinhauer. 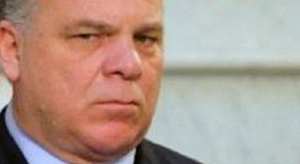 Every “option” except for those that would fix the root problems, of course.

Which is convenient for Trenton’s elites. Sweeney’s plan doesn’t require them to do a damn thing other than what they already do best… shift blame and put their hands out!

No hard choices need to be made. No adult discussions or real reform.

Until the next crisis?

Keep in mind that this crisis is one of their own making. We’ve already tried paying debt with MORE debt and it doesn’t work. No one ever pays! And the liabilities pile up. “In 2001, government employees and teachers benefits were increased by 9%, creating an additional $4.2 billion in liabilities,” Save Jersey contributor Joe Sinagra explained earlier this year. “In 1999, the state approved a ’20 and out’ measure that allowed firefighters and local police to collect pensions equal to 50% of their pay after 20 years of service . . . a perk formerly reserved only to the state police. Benefits added since 1999 have increased liabilities into the billions.” They kicked the can down the road. Repeatedly, all while buying votes with pension promises.

The end result: a fatally-flawed system where an NJEA member, retiring in 2018, contributes a relatively meager $126,000 to his or her pension and health benefit costs over the course of 30 years! Despite withdrawing approximately $2.4 million in benefits in that time. I know mathematics isn’t in vogue these days but holy shit…

And by the way, who is going to end up paying for this new federal debt load? New Jersey, folks, since our state gets the worst return on its federal tax dollars of any state in the union.

Again, I get why this plan is cool for the guy who thinks he’s our next governor. Anyone else who votes for it needs to be institutionalized. Real leaders don’t ask other people to solve their problems.