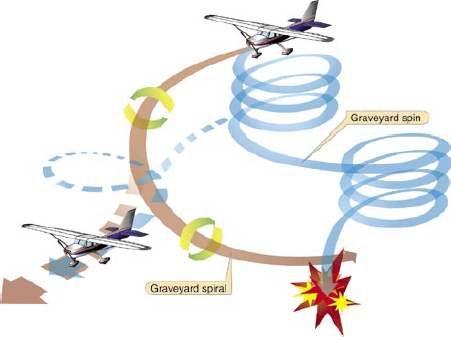 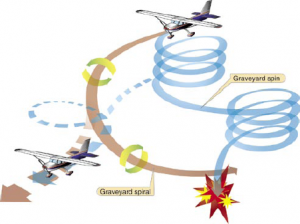 Democrat Governor Jim Florio was the first to use the pension fund as a fall-back piggy bank in a time of crisis, Save Jerseyans.

In 1992, facing a budget shortfall, Florio pushed through the Pension Revaluation Act with unanimous support in the legislature, reducing taxpayer contributions to the public retirement plans by $1.5 billion.

This scheme was accomplished through the financial deception of introducing a more optimistic method of evaluating pension system investments. The end result was to make the retirement plans’ finances “look far rosier” than they really were, by lifting the projected rate of return on the fund’s investments to 8.75% from 7%.

In 1997, New Jersey sold $2.75 billion of bonds paying 7.6% interest, putting the proceeds into the pension fund to be invested for higher returns. Unfortunately, the fund has earned less than 6% annually since the bonds were issued.

Christie Todd Whitman, running on a tax-cutting platform, defeated Florio in the 1993 governor’s race. To help pay for her promised tax cuts, Whitman, like her predecessor, turned to the pension fund. Governor Whitman invested the pensions into the stock market, and no one complained when the funds were making money. She left in 2000 and the funds continued to do well with annual investment returns of 8.75 percent until the dot.com bust of 2001 when the markets took a massive dive.

After Christie Todd Whitman, accumulated pension debt was compounded by those following her tenure. Governors DiFrancesco, McGreevy, and Codey continued the trend and the public was lulled into a sense of false financial security. Unknown and unannounced to the public, monies were indiscriminately withdrawn from the pension funds and used to pay for tax cuts and balancing the state budget. Out on the campaign trail, politicians touted the virtues of how through their financial genius they were able to balance their state and local budgets, all the while relying on returns from the stock market to cover the missing funds.

It was the Whitman administration that suggested towns set contributions aside for when the state called to make good on them. The small print in Whitman’s bill was ignored which stated that funds the state failed to contribute would have to be made up at a later date.

And, even as pension contributions were neglected, New Jersey politicians sweetened the pot. In 2001, government employees and teachers benefits were increased by 9%, creating an additional $4.2 billion in liabilities. In 1999, the state approved a “20 and out” measure that allowed firefighters and local police to collect pensions equal to 50% of their pay after 20 years of service . . . a perk formerly reserved only to the state police. Benefits added since 1999 have increased liabilities into the billions.

Governor James McGreevey appointed a money manager as head of the State Investment Council, a position which would set policy for the pension plan, and some of the fund’s assets were turned over to Wall Street professionals to diversify into alternative investments such as hedge funds and private equity.

Politicians remained silent as pension funds dwindled. To bring what was happening to light at that juncture would certainly mean political suicide,  it was reasoned, knowing that towns and municipalities would have to raise taxes to make up for their error in financial judgment and planning.

By the time Governor Corzine came into office, it was too late to turn back the clock as he put the brakes on, stopping the practice. To his credit, Corzine had imposed reduced benefits on state workers, raised the retirement age to 62, increased the salary requirement for pension eligibility, increased employee contributions, and capped pension income. But by then, the damage was done.

The misery of New Jersey’s pension woes can’t all be blamed on poor investment results. For years, New Jersey shortchanged the retirement programs that cover teachers, police, and other public employees, as the stock market plunge wiped out billions of dollars, the real problem has been the underfunding. Those members contributed in good faith towards their pensions and they aren’t the problem.

The problem? Politicians who continued to raid the pension system and not replenish what was taken.

Having a negative cash flow with contributions that are less than the benefits paid out leaves the state on the fast track to an out of control death spiral.

Florio, Whitman, it doesn’t matter anymore who gets the fickle finger of fate, Save Jerseyans; it is time to go forward, not backwards. What’s done is done.

Moody’s ranked New Jersey’s pension plans as having the fourth highest unfunded liabilities in the nation. A collapse could come as soon at 2018,. and current New Jersey Governor Chris Christie had no influence at all on Moody’s rating.

Christie is going to be made out to be the bad guy, and the somber mood at Tuesday’s budget address was proof enough that I’m right, but he needs to come up with a pension reform plan to correct decades of mismanagement from both parties. Democrats will make him the scapegoat or the fall guy for the failure of their party to do something when they had the chance. They kicked the proverbial can down the road and now look to place the blame on anyone but themselves.

We’re the ones who will pay for their mistakes. By 2018, state taxpayers will begin paying more than $5 billion per year for pensions, about 10 times higher than the current payments being made, more than the current total state and local spending in Vermont, Wyoming and both Dakotas, respectively.

Unless there is pension reform, Save Jerseyans, regardless of who is assigned the blame or fault, the taxpayers will suffer and the pensions will dwindle until there is nothing left.

If you think New Jersey’s taxes are high now, you ain’t seen nothing yet.

24 thoughts on “The History Behind Trenton’s Pension Death Spiral”