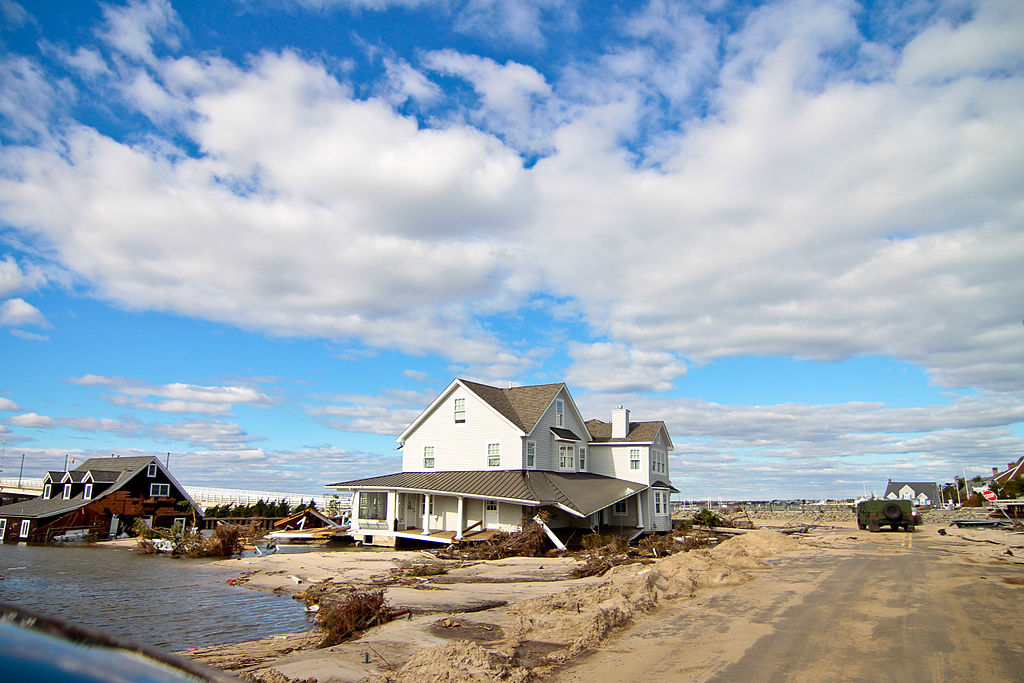 NJ Spotlight’s recent article, titled “Why New Jersey Got Billions Less Than New York in FEMA Disaster Aid After Sandy,” got my wheels turning and I settled on my own answer, Save Jerseyans:

Regular Save Jersey readers already know many of the details. For every $1 paid to the Internal Revenue Service, New Jersey receives approximately 68 cents back, a mere federal pittance, ranking the state 48th in the nation for getting a return on its dollar. New Jersey residents and businesses paid nearly $37 billion more in federal taxes than the government sent back up I-95 to the state in 2013.

It’s another share-the-wealth scam. Because residents of this state are deemed wealthier then, say, Mississippi residents, the citizens of the Garden State pay more to account for other U.S. citizens that are considered poverty stricken. The state of Mississippi receives $4.89 in federal spending for every $1 it paid in taxes. The less New Jersey gets back, the higher state and local taxes rise, thereby forcing more of its own residents to live below the poverty level. Vicious cycle? You bet.

A partial explanation: our federal delegation, dominated for the most part by Democrats over the past few decades, offers more excuses than solutions to this problem. Rep. Bill Pascrell Jr. (D-Paterson), said the state does not have the kind of heavy military presence that attracts federal dollars. “So unless our state gets poor, or there’s going to be an unprecedented military buildup in the next several years, we’re not going to be able to fundamentally change this dynamic,” the veteran legislator has rationalized.

Unless the people of this state start demanding their representatives work to represent them, or start voting them out, they will continue to have a government that expects the people to work for it and not the other way around.

New Jersey politicians are under the impression that the voters have short memories and by the next election they’ll forget about it. For the most part they are correct in their thinking.

Government representatives feel the office they hold is their job because the citizens who are continually getting short changed allow it to happen. As long as the parties continue to create divisiveness among its constituency, those constituents on both sides of the aisle will suffer while arguing amid the chaos. From the County level all the way up to the Federal level it needs to stop being about the party, but about those elected with the best qualifications and intentions to represent the will of the people. It all starts with voters putting their feet down and refusing to be taken advantage of.

We can dream, right?

One thought on “New Jerseyans get the federal aid they vote for. Not a penny more (or less).”