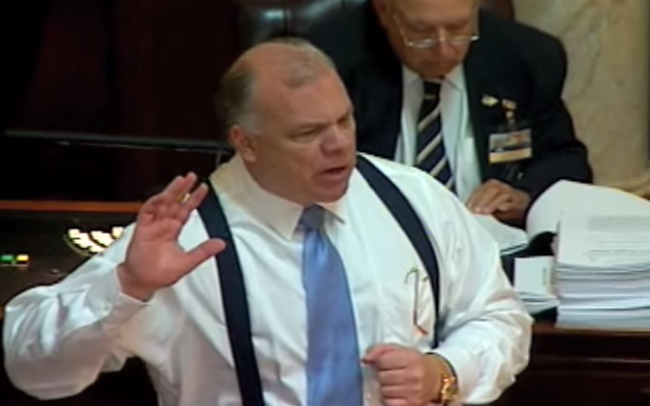 After Governor Chris Christie conditionally vetoed yet another goofy gun control bill (S2360) back in August, this one designed to inject government in the process of scrubbing medical records, Senate President Steve Sweeney ran for the cameras this week to announced yet another veto override attempt:

The Trenton Dems last tried (and failed) to override a veto of port authority-related legislation back in the spring.

Now, there’s a lot that’s substantively wrong with Senator Sweeney’s position on this mental health gun bill, Save Jerseyans. There’s a lot wrong with Senator Sweeney if we’re being honest. But staying on point, the conditionally vetoed bill is based on debunked or unproven assumptions. Among those assumptions is the misguided belief that making it harder for crazies to legally purchase guns would prevent the next mass shooting. If only it were that easy! I doubt many folks know this, but the Columbine shooters bought their weapons from unlicensed sellers by way of an illegal “straw purchase.” 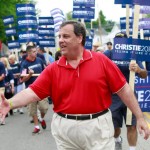 The Sandy Hook shooting? Which Sweeney and his caucus exploited for political gain? That killer stole guns owned by his mother (who he subsequently murdered in cold blood).

With all of those facts in mind, we need to internalize two inescapable truths of the larger gun control debate: (1) Bad, crazy people are always going to find a way to do bad, crazy stuff, and (2) every mass shooting is perpetrated by someone we already knew was crazy is a “gun free zone.”

So if government can do anything at all to help here, Chris Christie’s recommendations accompanying the conditional veto – including a tougher involuntary commitment standard for those “whose mental illness, if untreated, could deteriorate to the point of harm” and a requirement to compel patients undergoing involuntary mental health treatment to demonstrate “adequate medical evidence of suitability” prior to obtaining a firearms purchase identification card- are at least more narrowly tailored to the actual problem!

Not that I think any of that will do much either. It just makes a lot more sense than Sweeney’s bill in terms of actually hitting on a plan that correlates to the problem! What a concept!

At the end of the day, folks, the best defense is a good offense. Armed sane people are the best defense against the occasional kook who steals a gun and tries to wreck havoc on innocents. That’s why New Jersey Carol Bowne tried to protect herself from a homicidal and abusive ex-boyfriend before New Jersey’s gun laws sealed her doom. Here’s the story in case you’ve somehow forgotten it:

Senator Sweeney responded by having his town’s Democrat council ban protesters from picketing him over the affair. Governor Christie did his best to ameliorate the situation without legislative assistance by implementing administrative changes.

And therein lies the deeper problem with Sweeney’s new override stunt. He ended the presser by inferring that Christie vetoes the bill for reasons that don’t have to do with the bill. In other words, because he’s trying to impress a national conservative audience.

Okay; maybe Chris Christie is consciously changing his gun rights positions to run for president? You can read my comprehensive fact check of his record here. But Sweeney wants to move up, too, preferably to Christie’s current post in 2017, so all of this newfound antipathy for the Second Amendment is no less the result of a political calculation than Chris Christie’s alleged self-interested behavior. He also wants to give Democrat legislative candidates in battleground districts an extra weapon to hit their GOP opponents with over the head.

Motivations shouldn’t assume a position of primacy in this context because ALL politicians are after something. What should matter? A substantive debate regarding which version of this legislation is better for New Jersey! Clearly that’s never going to happen with Steve Sweeney in charge because he’d rather waste time trying (and failing) to override bills than, for example, let Carol Bowne’s family have their presser day in Trenton, too, and facilitate a real exchange of ideas on this sensitive topic.

How many more Carol Bowne’s will die waiting for it to happen? An eventuality, not a possibility, that’s far more common than mass shootings?