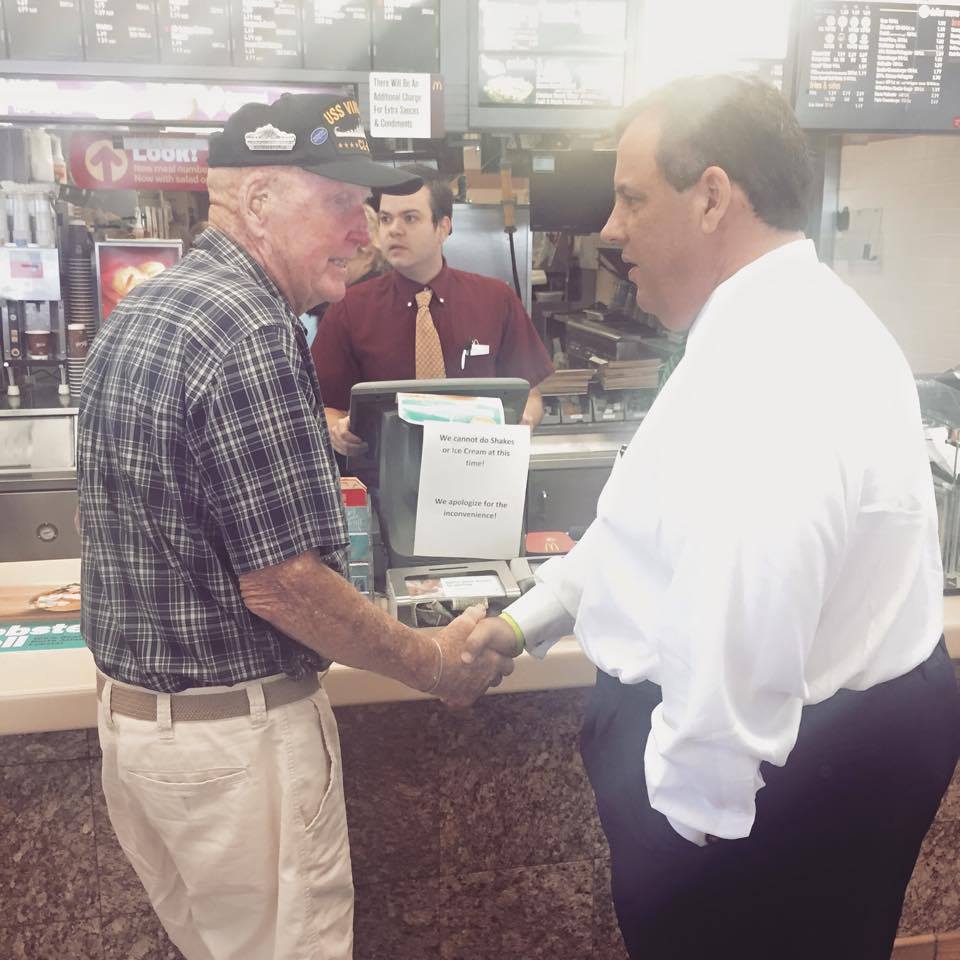 He’s languishing at 8th place in Patrick Murray’s latest Monmouth University poll, Save Jerseyans, but it’s not for lack of effort. He’s making good on his promise to spend more time in the Granite State than any other candidate according to the polled percentage of residents who reported having met him:

What would it take for Christie’s retail-blitz to translate into support?

Probably a thinned herd? Maybe that was the plan all-along, and by “all-along” I mean since he announced.

“Despite spending much of his time there, Christie does much better as a second choice rather than the first pick in New Hampshire. It seems that Trump has stolen the New Jersey governor’s ‘telling it like it is’ thunder,” said Murray, something I’ve been telling you all month-long.

Until that day, if it ever comes, he’s back in New Hampshire tomorrow for stops in Hooksett and Manchester. Keeping the faith.