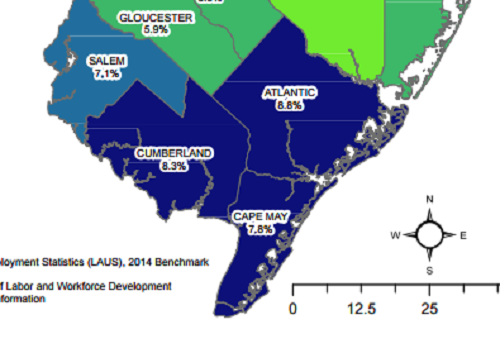 A task force is defined by the dictionary as “a group of people who deal with a specific problem.”

So is it really, truly a force, tasked with anything (?), Save Jerseyans, if it meets only three-times in 16 months without substantive public participation?

That’s the question GOP LD1 Assembly candidates Sam Fiocchi and Jim Sauro are asking this week after Democrat incumbent Bob Andrzejczak’s “Economic Development Task Force” met for only its third meeting on August 27th after its formation approximately back in May 2014.

“The Democrats announced these task forces to great fanfare and talked about the dire straits South Jersey’s economy was in – and then they held three meetings over the next 16 months while taxpayers and businesses down here continue to suffer,” explained Fiocchi, also an incumbent, who is seeking a second term in November, in a press release dismissing the “sham” meetings.  “What good is a task force that meets once every five months?  Moreover, after more than 13 years in Trenton, how much more does Senator Van Drew need to study South Jersey’s economy to figure out why it’s broken?” 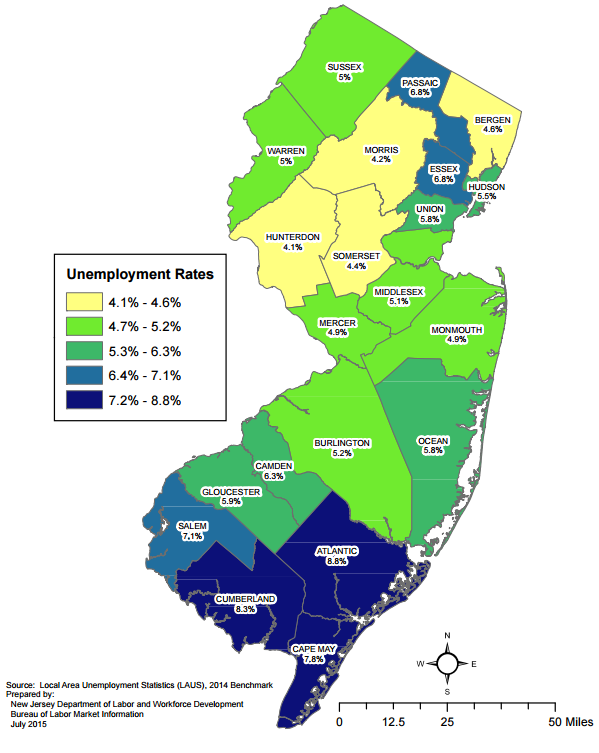 It’s a classic career politician tactic: talk about a problem, take photographs of yourselves discussing the problem, blast out those images on paid campaign materials, but ultimately accomplish nothing for the people who need help. Nothing to see here…

Assemblyman Fiocchi’s own approach has been much different than the purely symbolic gestures offered by his Democrat colleagues (who’ve sponsored or co-sponsored pitches for 100 task forces or commissions in recent years), including the presentation of detailed proposals and highly-interactive meetings with regional business owners.

Van Drew and Andrzejczak’s antics come at an inopportune time for South Jersey when its unemployment rate in the Cape May/Cumberland dominated LD1 (see exhibit left) is the worst in the entire state of New Jersey. A regional economy tied to Atlantic City and tourism in general, as well as related and unrelated seasonal industries, finds itself particularly hard-hit without leadership towards a diversified, year-round economic jobs model (note: check out Tom Kean Jr.’s recent Cape May Brewery visit for one aspect of a more forward-looking vision for South Jersey).

“This is not rocket science and doesn’t need to be studied to death,” added GOP challenger Jim Sauro, a GOP Cumberland County Freeholder on a Democrat-dominated board. “The reason that South Jersey’s economy is struggling so badly is because the Trenton Democrats like Andrzejczak continually vote to increase taxes on families, on seniors and on businesses.  They are driving people and jobs out-of-the-state because their policies are rendering us incapable of competing with our neighbors.  They are 100 task forces into figuring this out, and I just gave them the answer in 30 seconds.”

One thought on “SHAM: In the midst of a regional jobs crisis, Andrzejczak’s “task force” meets for only 3rd time in 16 months”