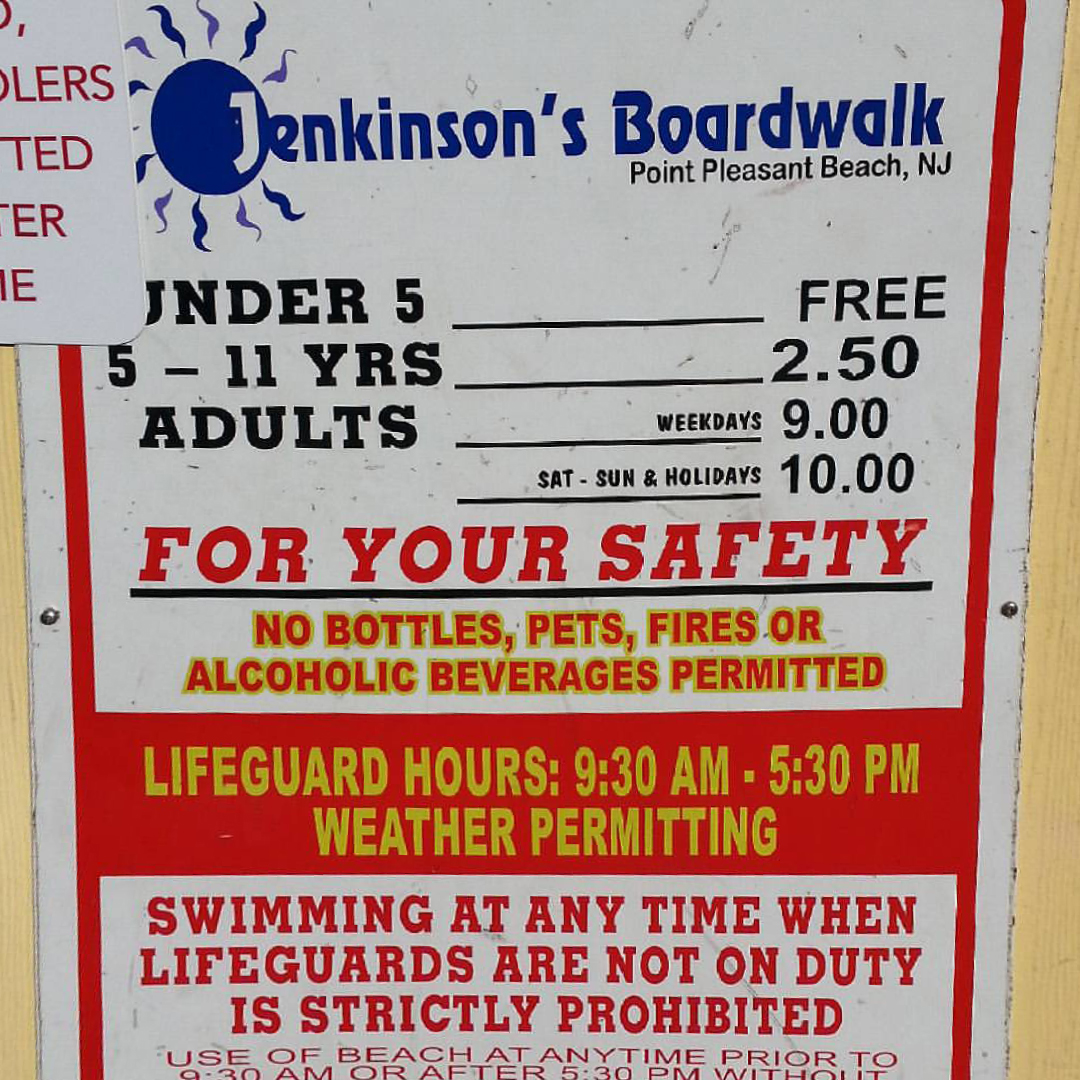 I took my three kids to the beach today.  When I asked where they wished to go, they indicated Point Pleasant.  Two of them had been there before with the Girl Scouts for a lesson on the beach and sea creatures, so I guess that’s the place they think of when they think of the beach.

Now, if you’re reading this from outside of New Jersey, you may be stunned to know that you have to pay admission to get onto almost any beach in the state.  Stunning, isn’t it?  But we’re used to being the only state in the nation that charges citizens to use the beach, I guess.

Anyhow, we loaded up the car end lit out down the Garden State Parkway to go to Point Pleasant this morning.  Upon arrival, there was a large municipal parking lot with signs that said that one would have to pay at the machine and leave a ticket in the window as proof of payment.  The rates?  $2.50/hour on weekdays.  $3.00/hour on weekends.

I decided I wasn’t going to drop money like that to park, so I headed back away from the beach and found a street where parking was free.  Sure, we had to hoof it a bit, but we could all use the exercise.

Then we arrived at the boardwalk, from where one gains access to the beach.  The sign at the entrance, but the little shack where we had to pay for our beach wrist bands is posted below, so you can see the prices: 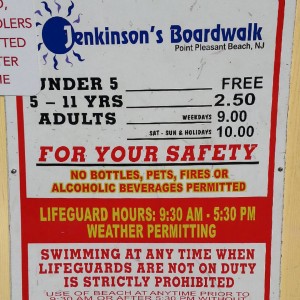 So with that in mind, I want you to consider what the cost would be for my family of 5 to go to the beach on a Saturday from, say, 10am to 7pm, a total of 11 hours.

Add it all up and we’re spending $79.50 just to go to the beach.  That does not include gas (which has taxes levied on it) or dining on the boardwalk (which has a 7% state sales tax on all purchases).  The bottom line is that the cost of going to the beach in New Jersey, thanks the heavy hand of government, is close to $100 in fees, tolls and taxes.

I find it unfathomable that Americans are being convinced by the left wing media, Democrats and radical educators into believing that the wealthy “one per-cent” are the cause of their financial woes when clearly we’re being ripped-off by our elected officials.

What’s more, there are other signs at the beach entrance that state:

In other words, the fun beach barbecues with a cocktail and a late night dip that country artists sing about are strictly prohibited in New Jersey.  Why?  Because in New Jersey, our heavy-handed government doesn’t believe in personal responsibility.  They know what’s good for us and, damn it, they’re going to force us to comply.  How?  By stationing police officers at every beach entrance at 5:30 to prevent people from entering the beach.

I wish Americans would awake from their slumber and realize that wealthy people are not the problem and more government is not the solution.  The problem is government.  There’s simply too much of it.