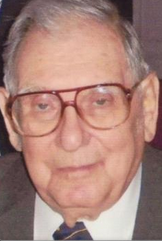 The entire Save Jersey family would like to extend our deepest condolesnces to the family of incumbent Atlantic County Surrogate Jim Curcio on the passing of his father, Samuel A. Curcio, at age 95.

The elder Curcio was a political force in his own right with a long history of civic involvement as both an elected county and legislative official, appointed professional, and community leader in his native Hammonton. In 1967, he was elected to the New Jersey General Assembly along with legendary running mate Senator Frank “Hap” Farley, the successor to Enoch “Nucky” Johnson (Nucky Thompson of Boardwalk Empire fame).

The official memorial page, along with funeral arrangements and the late Assemblyman’s obituary, can be found here.