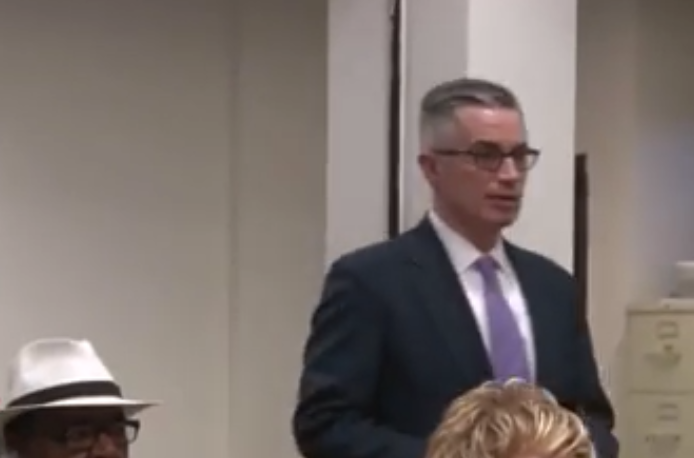 I know it’s not very nice to say so, Save Jerseyans, even microaggressive (!), but this video is pretty damn funny. On multiple levels:

The Jersey Journal has the full story here.

Don’t forget (please): this is the guy who allegedly resigned after, among other corrupt actions, paying $110,000 to a gentleman named Golan Cipel to work as a “homeland security adviser” all while the former governor was having an affair with him or sexually harassing him, depending upon whose narrative you believe.

Now Jersey City is paying him $110,000 – a little ironic, right? – to serve as executive director of the city’s employment and training program.

For all of his new-found piety, McGreevey is still a liberal who thinks he knows what’s best for everyone else. Rich white liberals continue to fail in their efforts to impose an earthly utopia at bayonet-point, but since the root of this impulse is an insufferable quotient of arrogance, they’ll also continue to blame everyone else for refusing to go along with the program. This attitude certainly didn’t help New Jersey’s employment prospects, nor my property taxes, during his gubernatorial tenure! And unlike him, when it was all over, no one offered you or me a six-figure government job.

10 thoughts on “McGreevey, kicked out of community meeting, still hasn’t learned his lesson”