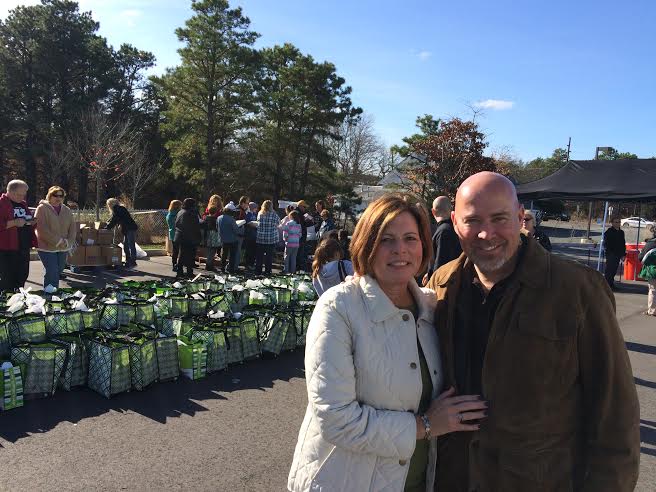 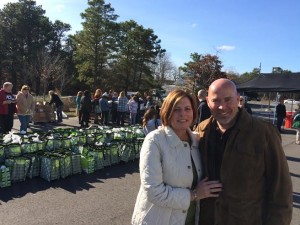 Thanksgiving week is officially underway, Save Jerseyans, and while football, turkey, and shopping will soon occupy everyone’s minds, many of you will remember that it’s our first duty – forever and always – to serve those who can’t take those things for granted.

Our friend Congressman Tom MacArthur (R, NJ-03) and his lovely wife, Debbie, led by example on Saturday when they celebrated their 33rd wedding anniversary at The People’s Pantry in Toms River.

The good folks there saved lives and filled stomachs after Superstorm Sandy robbed many Ocean County residents of the essentials.

The MacArthurs, for their part, are endearingly-modest philanthropists and adoptive parents who, in addition to helping charities like The People’s Pantry, founded the ‘In God’s Hands’ charitable foundation in memory of their late daughter, Gracie.

Be of good cheer! The headlines might be bleak as of late but there are good people out there doing great things in our own backyard,