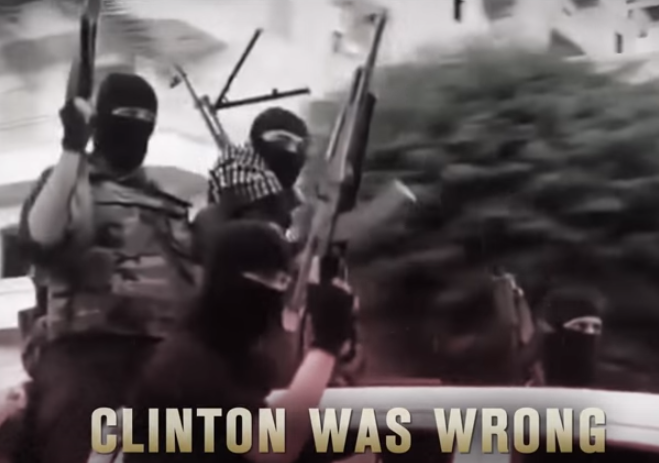 The GOP primary is far from finished, Save Jerseyans, but at least one Republican-affiliated Super PAC is training its sights on the likely Democrat nominee.

“Hundreds of thousands dead, terrorists on the march,” the female narrator explains. “Where did it go wrong? In 2009 Hillary Clinton led the engagement with Assad.”

“Syria is a glaring failure both of President Obama and Secretary Clinton,” said Future45 President Brian O. Walsh in a statement. “In light of the disaster in Syria, serious questions need to be asked of Secretary Clinton and her decision to trust and re-engage Assad. The more Secretary Clinton’s decisions are examined, the clearer it is that her tenure as Secretary of State is a liability, not an asset. She was wrong about Assad, she was wrong about ISIS, how can anyone believe that she has the judgement to fix a catastrophe that was abetted by her own failed judgement. ”