Bush, Reagan, Buckley would be branded immigration traitors in the 2016 GOP 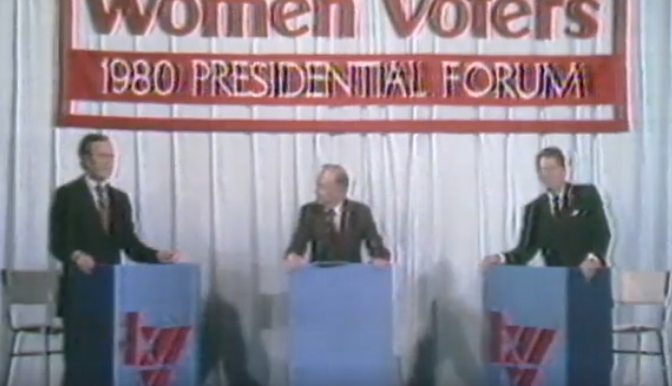 When I was still a college student, Save Jerseyans, I remember reading one of the late, great William F. Buckley‘s late-in-life columns, published in 2006 two years before he passed, reacting to then-President George W. Bush‘s grand attempt at immigration reform, an effort which was ultimately doomed by a Republican Congress.

The father of modern conservatism’s position might surprise his political progeny. “The border is too long, and the osmotic processes by which it is penetrated are too varied to oversee except by the kind of Bolshevik exercises used by East Germany before 1989,” Buckley lamented. “These aren’t enterprises the United States would engage in. The running talk of deportation is genially self-betraying.”

Surprised? Don’t be. Here’s Ronald Reagan and George H. W. Bush discussing immigration and securing the Mexican border back during a 1980 primary debate:

What would Ronald Reagan and George H. W. Bush say about immigration and securing the Mexican border today?Well, here's what they said about it in 1980 during a GOP debate in Houston.(Archival video from Getty Images)

Posted by Chron.com from the Houston Chronicle on Tuesday, January 5, 2016

If you support a federal socialized medicine regime?

No ambiguity to be found. That’s open and shut; you’re not a good conservative. Self-apply your RINO badge to save us the trouble of doing it for you.

Suggesting that a real immigration solution needs to go beyond, or is more complicated than simply deporting 11+ million people and building a Game of Thrones-style wall with magically-obtained Mexican pesos?

You’re no more-or-less liberal than William F. Buckley, Jr., George H. W. Bush, and yes, Ronald Reagan. Congrats; no matter what the Trumpies may tell you, there’s worse company to have.

SLOW DOWN before you toss a coffee cup at the screen. I am NOT expressing 100% agreement with Reagan’s 1986 reform effort. Hardly; I’ve written candidly about it. Nor am I suggesting that changing circumstances shouldn’t require free-thinking individuals to revisit previously-held beliefs. Times change! Yet politicians are always mere humans (even when they don’t act like it). They’re subject to human frailty and, at best, they’re products of their respective times living on this planet.

But that’s exactly my point, something I hope you can see? Even if immigration is your #1 issue heading into the 2016 primary season? As I’ve consistently argued in the past, we need to avoid turning GOP heroes like Reagan into something they never were. We correspondingly also need to stop cherry-picking issues de jour and mutating them into stand-alone litmus tests for conservative candidates.

Whether they were right or wrong, the popular notion that today’s GOP is ‘more liberal’ on issues like immigration than the guys who built it? 100% incorrect. There’s a reason Reagan landed 37% of the Hispanic vote in ’84 and, twenty years later, his running mate’s son racked-up 44% of the vote compared to Mitt Romney’s… 27%. We need to stop letting perfect be the enemy of the good or we’re never going to take this country back. The problem is far more difficult than emotionally manipulative Obama/Trump-types want you to believe. Real conservatives are appropriately, militantly skeptical in those situations, or at least we used to be…

2 thoughts on “Bush, Reagan, Buckley would be branded immigration traitors in the 2016 GOP”