Trump flip flops on Monmouth and demonstrates, again, why he’s a dangerous liar 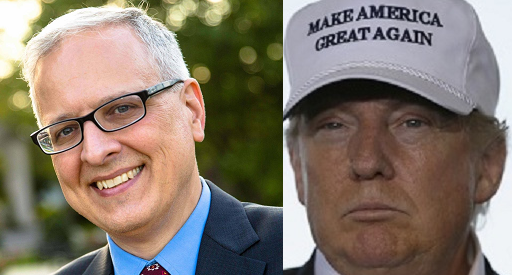 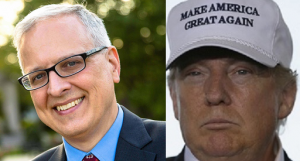 “I’ve never even heard Monmouth. What the hell is Monmouth?” he said. “I only like polls that treat me well.”

Now the Donald has a reason to like Patrick Murray’s vaunted polling institute after a new national poll, out Monday, treats him pretty well (?) at 41%. “I wanted to be the first to share the latest national poll results from the highly respected Monmouth University.”

Trump: "what the hell is Monmouth? Can anybody explain it?" You wanna take this one, @PollsterPatrick?

Sure, it’s amusing when a megalomaniac makes an ass out of himself, folks, but so long as he’s still leading most polls, this citizen is a little too creeped out to laugh. Pulitzer Prize-winning Politifact found a whopping 76% of his examined statements are “mostly false” or “pants on fire” false.

The man has that rare authoritarian quality of shamelessly embracing facts that fit his narrative and brazenly distorting those that don’t (or demonizing the bearer of the dissenting facts, as Patrick found out).

Do we really want to entrust our country to a man who rivals Hillary Clinton for the title of America’s leading Pinocchio impersonator?

11 thoughts on “Trump flip flops on Monmouth and demonstrates, again, why he’s a dangerous liar”