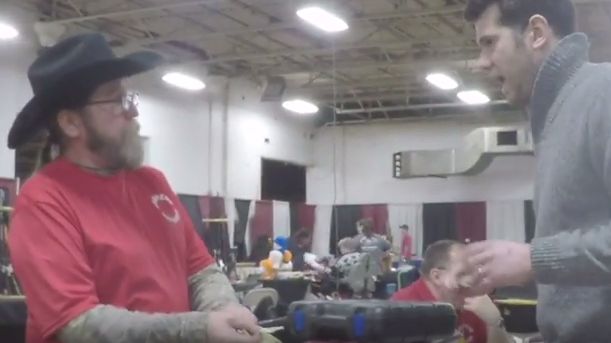 One of the most frustrating aspects of America’s never-ending gun control debate continues to be the willingness of pro-gun control politicians to completely make stuff up, U.S. Senator Cory Booker (D-Twitter) being one of the worst offenders. We’re all entitled to our own arguments and conclusions, Save Jerseyans, but not our own facts. Somehow liberals think that rule is suspended for them, and them alone, when firearms are in the cross hairs of a national conversation.

One example? This October 2015 exchange:

1. We must better crack down on straw purchases. 2. There is a Gun Show loophole: close it 3. We must improve NICS https://t.co/1cfOpD1Jl2

A new viral video from conservative funny man Steven Crowder further debunks the popular “gun show loophole” myth that’s a popular talking point for Booker and others. I’d send a link to him directly but he’s already blocked your beloved Blogger-in-Chief on Twitter! So we’ll leave it here and hope (without expectation of conversion) that he stumbles upon it and wises up: