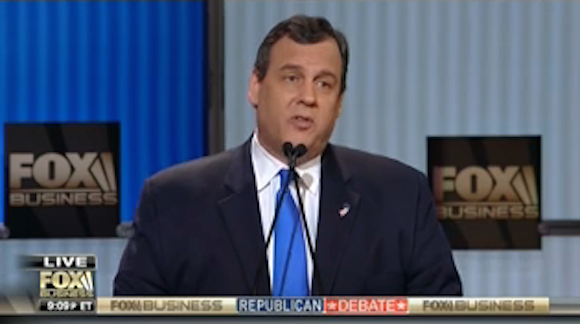 Let’s make this simple, Save Jerseyans…. 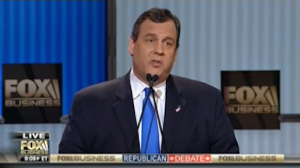 While it’s true that Governor Christie openly opposed national reciprocity for concealed carry permits back in 2011, more recently, he approved proposed administrative rule changes which would access to concealed carry permits for individuals who could demonstrate that they’re facing mortal threats. It all comes back to changes to what qualifies as ‘justifiable need’ when he should’ve just bitten the bullet (no pun intended) and endorsed a ‘shall issue’ rule. So while his changes have been narrow in scope, what he said is technically 100% accurate albeit a little misleading since, again, only a very narrow set of individuals are eligible. Click here for a more in-depth look at his #2A record.

I can’t fully defend him on this one. While Governor Christie has changed his mind on Common Core after being one of its most vocal defenders (at least in the GOP), New Jersey will still give the Common Core-affiliated PARCC tests and a key component will be tied to graduation. Yes, the Department of Education may change the name to the “New Jersey Student Learning Standards,” but it’s still basically the same damn system with tweaks.

“I never wrote a check to Planned Parenthood,” Christie declared at the date, but back on on September 30, 1994, the future Governor and then-Morris Freeholder candidate declared, “I support Planned Parenthood privately with my personal contribution, and that should be the goal of any such agency, to find private donations.” Christie has said the ’94 quote was a misquote but the reporter – Brian Murray – presently works for Christie as a spokesman. It is true that the Governor converted to the pro-life cause years ago – a story that’s been challenged in recent weeks – and he has moved to restrict Planned Parenthood’s funding as governor, but this issue is discreet. Without documentation it’s impossible to verify the Governor’s claim one way or the other…

“I said right from the beginning we should take no Syrian refugees of any kind,” Christie declared during a particularly heated debate exchange. Not true. Back on September 8, 2015 during an MSNBC interview, Christie said it was a federal issue: “I’d sit down with our allies and figure out how we can help, because America is a compassionate country. We saw the image of that 4-year-old little boy drowned in Syria, and we can’t have those kinds of things.” Christie reversed course and took a hard-line on the issue in November 2015 during a radio segment with Hugh Hewitt. So that’s not “from the beginning” by any stretch of the imagination.

It’s not unheard of for a foreign power to board – and disarm – a foreign vessel and its crew violating sovereign waters even by accident. Videotaping and humiliating our sailors days before a massive nuclear deal-tied payment is due? Only the wackiest foreign policy leftist would say that’s not provocative and aggressive. Christie is right on this one.