In Josh Gottheimer, N.J. Democrats got more of the same 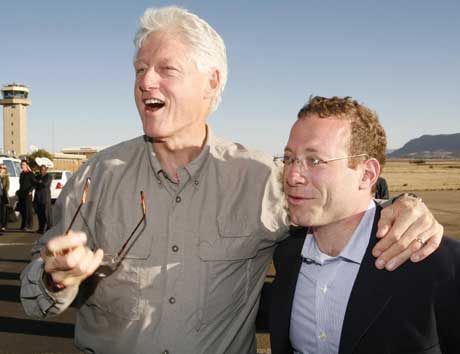 The great white whale of Democratic politics has a new captain on the search.

After empty suit Roy Cho cho-ked away his chance in 2014, Save Jerseyans, Democrats are turning back the clock and going full-on establishment with former Clinton speechwriter Josh Gottheimer. Gottheimer, who just launched his campaign and has dreamed of nothing but being elected since working for Frank Lautenberg beginning at age 16, is tying his entire candidacy to the fleeting candidacy of Hillary Clinton.

Gets old… quick. It takes anywhere between four and eight seconds of Gottheimer opening his mouth to mention something about his time as a speechwriter for Slick Willy. Bouncing from campaign to campaign, his life has been nothing but a blueprint for how to find himself in Washington.

Gottheimer isn’t even well-suited for the cycle. In the year of the outsider, the Democrats are mysteriously turning to the ultimate insider. He is already raising money from every “evil corporation” that he can.  Hilariously, he describes himself as a “fiscal conservative” which is not to be confused with the actual fiscal conservatism that Scott Garrett subscribes to.

What kind of chance does Gottheimer have?

Garrett has drawn flashy opponents and well-funded opponents yet Democrats still cannot seem to drag him below 55% (4 of the last five cycles he has been at exactly 55%!).  Gottheimer has more money but less flash than Roy Cho the former wonder kid of the Democratic Party. With more money and a better year, if Clinton wins the primary he may drag Garrett to 53% or 54%, but if Sanders win the nomination, the man who lives and dies with Hillary could be more Todd Theise.

You heard it here first.

4 thoughts on “In Josh Gottheimer, N.J. Democrats got more of the same”