Winners and Losers from Saturday night 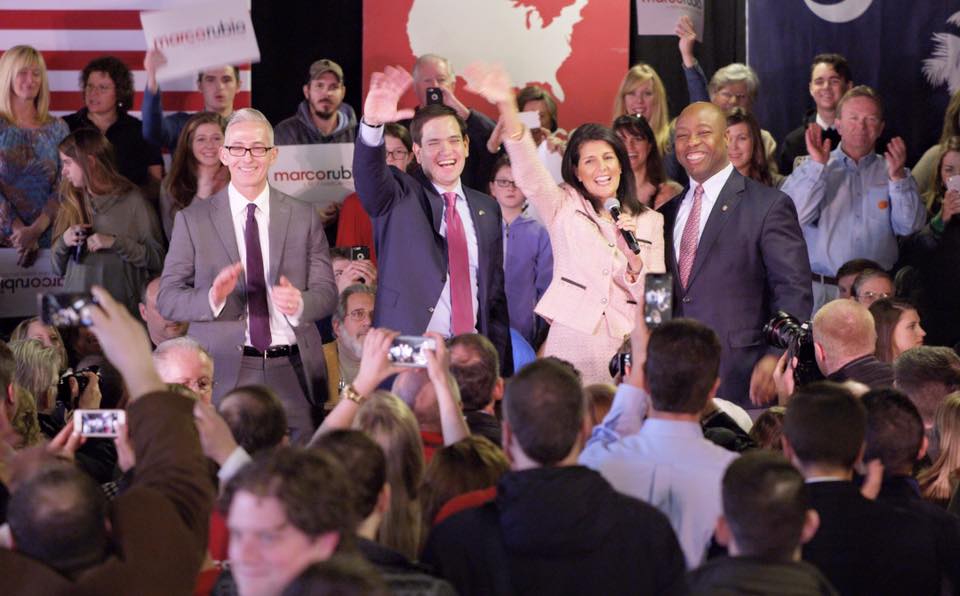 By Bill Cortese | The Save Jersey Blog

Trump headed into South Carolina with a full head of steam after an impressive win in the Live Free or Die state. The Donald showed his ability to draw support across demographics, most importantly, Evangelical Christians, who make up a significant portion of the Republican primary electorate in South Carolina and in the coming SEC primary across the south.

Rubio’s team played the expectation game as well as anybody could—talking up their organization and strategy, but stopping short of predicting a certain outcome. Rubio showed the ability to recover and rebound well after Chris Christie KO’d him in the New Hampshire debate—it seems like ancient history now. Rubio broke about even with Cruz in the evangelical vote and made a strong case as to how he can bring all wings of the party together for the general election. Expect to see further consolidation around Rubio as Jeb and Christie donors look for a new candidate to throw their support and money behind.

Though not a cake walk, Hillary has managed to put another W and a handful of delegates into her column after her win over Bernie in the Nevada Caucus tonight. She is still showing signs of trouble with voters under the age of 30, but has a solid lock on black and Latino voters. She is the clear favorite to win in South Carolina, which makes the road to victory for Bernie much harder.

In a state chocked full of Evangelical voters, South Carolina should have been Cruz Country but that support—which has been a large part of Cruz’s argument that he can excite conservative Evangelicals which have been dormant the past two Presidential elections—failed to materialize in any significant numbers. Cruz will have to find a message that reaches across the other wings of the GOP if he hopes to gain traction heading into the SEC primary on March 1st, but he has seemed to stake much of his candidacy on a block of voters who are split between himself, Trump and Rubio. This third place finish isn’t fatal, but it certainly hurts the Cruz campaign.

What can we say? Jeb is smart, experienced and well-funded–but never seemed comfortable in his own skin in a race that was the antithesis of who he was and the last name he bears. He was an easy punching bag for Trump the entire race and became a caricature of everything the grassroots hated—the institutional money, the dynastic family, the “low energy”. He put together a top rate campaign team, but the campaign failure falls squarely on Jeb. He had his chance early to give people a reason to support him–to be the safe candidate and the anti-Trump–but failed to convince primary voters that he was the best person to carry the Republican mantle into November.

6 thoughts on “Winners and Losers from Saturday night”

Bill Cortese is a political commentator and Marine Corps veteran who has been involved in some of the top gubernatorial, senate and house races in the country--including Governor Christie's 2013 re-election campaign. Read Full
More posts by the Author »