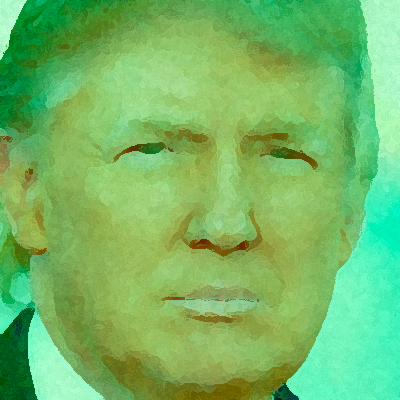 It’s unfortunate that the loony Left decided to rear its ugly head in Chicago on Friday night, Save Jerseyans. Their 60’s-style antics took everyone’s focus on this cycle’s most troubling figure, Donald Trump, who doesn’t like anyone infringing upon his own First Amendment rights but has no problem setting up religious tests or threatening enemies with libel law changes… after he already endorsed violence?

But let’s not get sidetracked. This week’s most revealing Trump moment was far more subtle than the Donald’s creepier Mussolini-esque attitudes toward civil liberties. In fact, you probably missed it altogether. I wouldn’t be surprised; there’s a lot of noise going on out there.

What did you miss? During Thursday night’s relatively sleepy debate, Donald Trump actually said something remarkable, something we haven’t heard another GOP front runner say: he’s not interested in doing anything to reform Social Security.

Yes. Trump specifically pledged to do “everything within my power not to touch Social Security, to leave it the way it is.” He promised only to eliminate “waste, fraud and abuse” from our country’s failing entitlement system which, as you and I know, is the single-largest driver of America’s deficit.

For the 2018 budget (which would be Trump’s first), Social Security is slated to become history’s first trillion-dollar program according to CBO projections. Payments will increase by $60+ billion annually. The Center for a Responsible Federal Budget (CRFB) recently explained that the $3 billion in estimated waste and abuse accounts for only around 0.4% of the Social Security system’s massive $900 billion a year in benefit disbursements. To save the program, Trump or any other presidential prospect would need to come up with about $150 billion annually to #MakesSocialSecuritySolventAgain.

Marco Rubio and Ted Cruz gave responsible answers that involved raising the retirement age for a society that’s living a lot longer. Republicans usually do supply responsible answers to this all-important fiscal question. Notorious “RINO” John McCain – whom Trump infuriatingly mocked for getting captured while serving his country – ran on privatizing a portion of the program back in 2008, an idea championed by George W. Bush. Mitt Romney backed individual accounts and the changes now championed by Rubio and Cruz and his 2012 running mate, Speaker Paul Ryan.

Our likely nominee is prepared to cede the single largest premise out there to the American Left, the same folks who hounded him out of Chicago on Friday night.

There’s nothing conservative (or mathematically coherent) about Trump’s position. We’ve come to expect that from him. But isn’t that the point? He’s crude but not stupid. He knows his supporters aren’t genuine conservatives. They’re cultural conservatives. Individuals who feel left behind by America’s demographic and economic changes but don’t support conservative solutions to address them.

Close the borders and protect the 2A? They’re on board.

Introduce free market changes to the Social Security system? No thanks.

They don’t want government telling their county clerks to whom they can issue marriage licenses, but they’re 100% okay with government intervening to keep a company from relocating a factory.

Let’s be honest about who we’re dealing with, my friends. Lying to yourself isn’t productive even if it’s comforting for a time. As Ben Carson let slip in his shameful Trump endorsement this week, there are two sides to Donald Trump. Like Obama before him, we can’t be sure who the “real” Donald is. “I play to people’s fantasies,” Trump wrote in The Art of the Deal. “I call it truthful hyperbole. It’s an innocent form of exaggeration — and a very effective form of promotion.”

All we can be sure of sitting here today: Thursday night’s Social Security exchange made it clear that NEITHER Trump persona sees any utility in classical liberal doctrine.