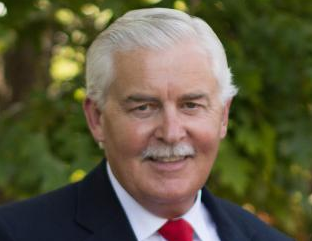 Newly minted Monmouth County Assemblyman Eric Houghtaling, (D), is an articulate, good looking guy whose rise from being an electrician to becoming a member of the New Jersey Legislature is nothing short of meteoric. Of course, that he has mastered the politician’s art of non-answering a question by taking more sides on an issue than there are to take without actually taking a specific one largely explains it.

He’s a born politician who can talk all day while saying nothing at all, which is what he did on whether he supports raising New Jersey’s gas tax to augment the state’s Transportation Trust Fund during an interview on Cablevision’s Meet the Leaders program a week or so after being sworn in as an assemblyman.

But if his record on the Neptune Township Committee is any guide, when push comes to shove Assemblyman Houghtaling will raise taxes like a seasoned Democratic pol. It’s doubtful if he ever met a tax hike he didn’t talk his way around before fully embracing with progressive gusto.

To be sure, Houghtaling and his Assembly running mate Joanne Downey pulled off maybe the biggest upset of the 2015 legislative election season by unseating longstanding 11th District incumbents Mary Pat Angelini and Caroline Casagrande further padding an already comfortable Democratic majority in the Legislature’s lower house.

A combination of a wretched turnout by the Republican base and last-minute sleazy campaign tricks from the Democratic SuperPAC General Majority and the New Jersey Education Association combined with an absence of support from presidential-politics-focused Gov. Chris Christie resulted in Angelini’s and Casagrande’s ouster. Statewide, four GOP incumbents were ousted by Democratic challengers.

Like a seasoned political pro, he stood mute while General Majority attacked in the most scurrilous way his Republican opponents. While General Majority spewed mud and innuendos about Mary Pat Angelini’s work with a non-profit devoted to anti-drug and mental health efforts, he pretended to be above it all. Caesar’s wife must always remain above suspicion.

Houghtaling’s political career didn’t start until a few years ago, but he advanced from a low-level Democratic Party post to the Neptune Township committee in short order, including serving terms as the township’s mayor and police commissioner, both appointed by and from the governing township committee.

That he also is the political coordinator for IBEW, Local 400 – Houghtaling has been a journey-level electrician for close to 40 years – also explains where his political savvy.

During his time as a Neptune Township committeeman, Houghtaling was regarded as a consistent supporter of tax hikes. One source who spoke on the condition of anonymity said he had a long history of tax increases while he was on the Neptune committee, which brings us to the present.

In the televised interview, Houghtaling was given free rein by host Jeff Henig to discuss his fascination with kids’ baseball and growing up in a three-bedroom, one-bath home in Neptune. Out of the 25 plus minute segment, a scant eight of them were devoted to a substantive discussion of policy. Even then Houghtaling was never challenged on his vague pronouncements on expanding casino gambling outside of Atlantic City or whether he would get tough on state employee pensions to hold down their budget-busting propensities. And certainly he wasn’t pinned down on whether he supported raising the gas tax to fund the Transportation Trust Fund, or TTF.

Consistent with his love for sports played on a diamond-shaped field, it was softball all the way.

During the interview, he said, “Nobody wants to make a proposal to raise the (gas) tax.”

But he then rattled off a list of we’ve-got-to-haves – infrastructure, the state’s ports, all those things that make New Jersey the lovely place it is – leaving no other option than raising it.

“The state has to look into it,” he said.

Assemblyman Houghtaling talked every which way but loose on the gas tax, but he never once mentioned – in fairness, nor was he asked – how badly transportation funding is managed in the state or whether there were alternatives – HINT: There are – to raising the tax.

New Jersey spends over $2 million per mile to repair and build roads, over 12 times the national average and collects over $2.5 billion in gas tax revenue, tolls and fees per year, more than what’s collected by 42 other states. But it still spends four times the national average on administrative costs (translation: bureaucratic overhead). And the state requirement that top-dollar wages be paid on every project through big labor-demanded mandatory project labor agreements – remember, Houghtaling is a union official – helps keep those numbers outrageously high.

But it still consistently ranks at the bottom of the list on pavement condition, congestion, the state of infrastructure and more, not all of which can be attributed to lousy winter weather since Wyoming, which is at the top of the list, puts the Garden State to shame in the blizzard and deep freeze department.

When it comes to being all things to all people, Houghtaling bests even John Kerry when it comes to being for a gas-tax hike before he’s against it. Nobody can figure it when, where, why or what his positions are. For all we know, he’ll be for and against everything at the same time. With skills like these, he’ll go far in Trenton.

Efforts to contact Assemblyman Houghtaling at his district office in Ocean Township were rebuffed. A request for an interview with his chief of staff, Joe Libutti, to offer comments on the issues was ignored.