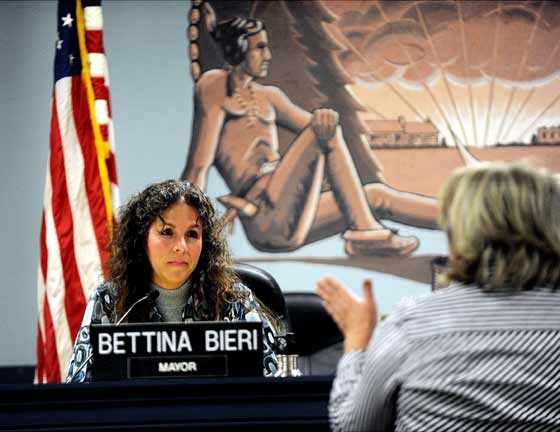 While the circus of defections to the Democrats continues in Bergen, next door, the GOP has added one to its ranks. 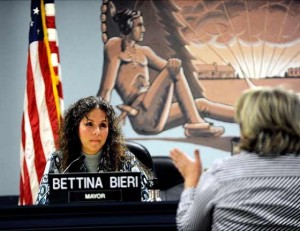 West Milford Mayor Bettina Bieri, the only elected Democrat in the town, has joined the Republican Party, a party which she belonged to her entire life before running for mayor in 2007.

Bieri was re-elected twice including last year when she defeated Councilman Lou Signorino after a bitter primary heavily fractured the Republicans.

Why is she switching? A contested primary, and Bieri made it no secret that her move was largely designed to support Councilwoman Michele Dale in June. Dale was not given the line by the Republicans and is waging an off-the-line primary challenge with James Ronanye.  They will be opposed by incumbent Signorino and newcomer Peter McGuinness.

Like the brutal primary between Signorino and former Councilman Mike Romaglia last year, this year doesn’t look to be anything less than a bruising affair.

It is not clear at this point whether Bieri will stick with the Republicans or may switch back after the primary is over, but with all the negative defections in Bergen, for now we should chalk this one up into the win column for the embattled North Jersey GOP.

One thought on “Democrat mayor changes teams in West Milford”