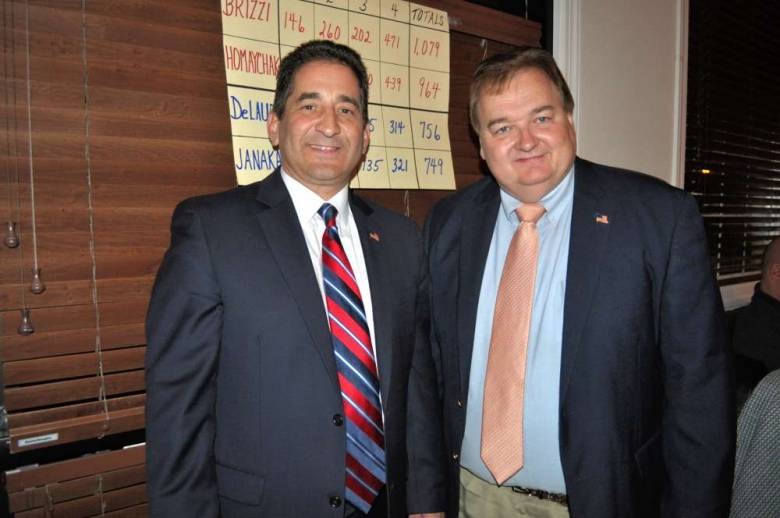 It is has been well documented on this site that Republicans do really, really well locally in District 36 notwithstanding the GOP’s county-wide woes. The Republicans swept partisan elections in the Meadowlands region last year and have control in every partisan town in the area.

Now, with filing day 2016 behind us, it appears as if Democrats are simply going to roll over and play dead after years of being beaten into submission, Save Jerseyans.

Democrats did not even let their losing candidates take a breath; they’re simply the running same losing candidates from last year. In 3 of the 4 towns (the 5th Lyndhurst holds non-partisan elections every four years), Republicans are not only the incumbents in every race but they’re running against Democrats who’ve already been rejected by the voters.

In North Arlington, Republicans dominance cemented itself when Republicans swept last year to remove the two remaining Democrats on the dais. Council President Rich Hughes (a three-term incumbent) will seek re-election with Mario Karcic who won an unexpired term last year. To oppose them, Democrats will run Mark Yampaglia, a loser in 2014, along with Jean Williams, a loser in 2013.

In Carlstadt, long-time incumbents Dave Stoltz and Rich Barlett will seek re-election in a town where Republicans have built a stranglehold on good governance behind the leadership of Municipal Chair (and Bergen County Republican of the year) Joe Crifasi.

The story is the same in Rutherford where Republican Councilman Mark O’Connor will seek re-election with newcomer Mike Duffy after winning by a sizeable margin in 2013. The Democrats will turn to “Hudson Mark” Goldsack, a lackey of Assembly Speaker Prieto, and Tom Mullahey who were both handily defeated last year.

I guess they think somehow Rutherford has grown an appetite for Hudson County politicians since November!

In East Rutherford, one of the longest serving and most respect Councilman in the county, Joel Brizzi, will run for an 8th term along with his first-term running mate Mike Homaychak is building an impressive record of his own. Unlike the other three towns, their opponents are not recycled, but they have plenty of issues of their own (check back soon for that!)

What does all this mean? It looks like District 36 will be Republican territory once again.