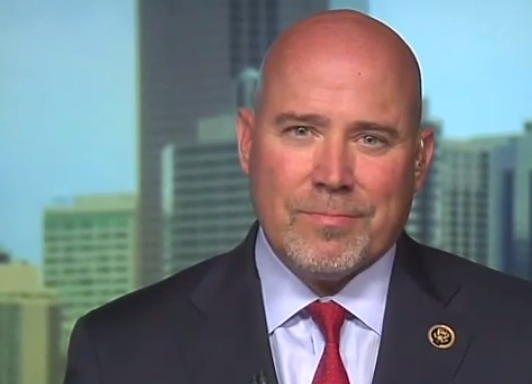 By Tom MacArthur | The Save Jersey Blog

Earlier this month the Department of Homeland Security Office of the Inspector General released a report entitled, “FEMA Does Not Provide Adequate Oversight of Its National Flood Insurance Write Your Own Program.” This report summarized a yearlong investigation, prompted by a “60 Minutes” interview in March of 2015, which revealed that thousands of superstorm Sandy victims had been wrongfully denied insurance claims due to corrupt and fraudulent practices.

The Inspector General report concluded that “FEMA lacks the internal controls necessary to manage and mitigate NFIP’s funds, placing them at risk for fraud, waste, abuse, or mismanagement.” For those of us who have been working for the last year to bring accountability to FEMA and the National Flood Insurance Program (NFIP), this report proves what we have long known: the bureaucrats at FEMA are incapable of effectively managing the NFIP program. However, not a single person at FEMA has been held accountable for this.

The people who run FEMA apparently lack the ability or will to properly identify and alleviate the problems within the program that insures 5.5 million families and more than $1.25 trillion in total property values. It seems to me that if someone won’t effectively implement and fix problems within the NFIP Program, that this person should no longer be responsible for doing so. Because of this, I again call on Administrator Craig Fugate to resign and for a new administrator to more actively manage this vital program and eliminate the layers of bureaucracy that plague FEMA and leave federal employees unaccountable for mismanagement of federal resources that are meant to help disaster victims.

During the original “60 Minutes” report, Brad Kieserman, the former FEMA deputy associate administrator for insurance, admitted there were “signals” of these problems in 2013 that FEMA could have acted on. He also stated that he had personally witnessed engineering reports that had been changed. These fraudulent reports were used to justify a heavily reduced payout to innocent families. Kieserman admitted to witnessing this — but nothing changed at FEMA.

As someone who worked in the insurance services industry for nearly 30 years, I think it’s important to follow the money when trying to unravel what happened at FEMA. The NFIP has been under increased financial stress in recent years and is $24 billion in debt after paying the victims of Hurricanes Rita and Katrina. The people of New Jersey know all too well of the recent changes to the program making NFIP policies more expensive in an attempt to bring the program out of the red.

We must continue to insist on straight answers until we know for certain whether NFIP and FEMA executives had a role in directing adjusters and engineers to reduce claims payments, in a misguided effort to improve the NFIP’s financial results. I am renewing my earlier call for congressional hearings to get to the bottom of this scandal.

The clear record of fraud and mismanagement, the failure to correct problems known since 2013 and the absence of accountability all lead me to continue to call on Fugate to resign immediately. This investigation is far from over. I will not rest until the parties responsible for defrauding the people of New Jersey are brought to justice, and until we get every last resident back home and our communities back on their feet again.