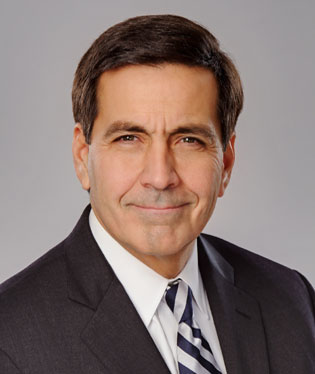 It’s been widely reported that Chris Christie‘s long-time consigliere/viceroy, Gibbons attorney and GOP national committeeman Bill Palatucci, is working overtime to help Donald Trump tap into establishment support both here in New Jersey ahead of the June 7th primary and elsewhere, too, given the residual strength of Christie’s RGA network.

Yeah, I know. They know. Nothing needs to be said that hasn’t already.

Granted, none of the Governor and his team’s hard work on the trail translated into actual primary votes for Christie, who was unceremoniously trounced and ejected from the race in New Hampshire. His job approval numbers back home in Jersey aren’t bad; they’re toxic.

But this isn’t about New Jersey or the presidency. Not anymore. Could the Christie network of IOU’s, handshakes and operatives (the ones who haven’t moved on) result in some sort of second act for Christie World in the unlikely event of a Trump November victory? Whether that be a cabinet post, party patronage-like arrangement or some other new lease on a profitable and consequential political life?

In the near term, the clear goal is relevance.

Fundraising is still a key Christie World attribute for the offering.

Next up: this Thursday, Gibbons (via Palatucci) will host a $250 per person ($1,000 for host committee members) fundraiser for West Virginia Attorney General Patrick Morrisey at the firm’s Gateway Center offices in Newark. Click here to view the invite.

Some background: Morrisey reinvented himself as a West Virginia after moving to the coal state in 2006; six years earlier, the Edison, New Jersey native and Rutgers Law grad lost – badly – a fierce primary battle to replace Bob Franks in NJ-07. Now he’s riding a strong record of pushing back against the Obama Administration’s so-called ‘War on Coal.’

He’s the early favorite and considered in some circles to be a Republican man of the future. Could he lead the state one day? We’re always happy to see a Jersey guy do well.

West Virginia is sort of a big deal for Trump, too, which naturally makes yours truly a lot less happy. Early voting begins today in a state where the anti-Globalization huckster of cheap steaks and suspect degrees is expected to capitalize on voters’ anger to score another delegate victory on his march to the nomination. 34 delegates are at stake on May 10th, with Trump eligible to win 31, just a little over two months out from the Cleveland convention. Morrisey will serve as an uncommitted delegate.

“This is all over but the shouting,” Palatucci, also a delegate, told The Washington Examiner earlier this month, referring to New Jersey’s delegate race but also hinting at this assessment of the national nomination contest.

That might be true. Makes this Buckleyite want to cry.

But where Chris Christie and his remaining disciples and inner-circle allies are concerned?

The oft-discussed fat lady hasn’t started warming up. Not quite yet. Not at least until all of this madness plays out over the remainder of Election 2016.

Correction: An earlier version of this post incorrectly identified Morrisey as a gubernatorial candidate; he’s actually running for A.G. (again). I don’t pretend to know much about West Virginian politics. Mea culpa.