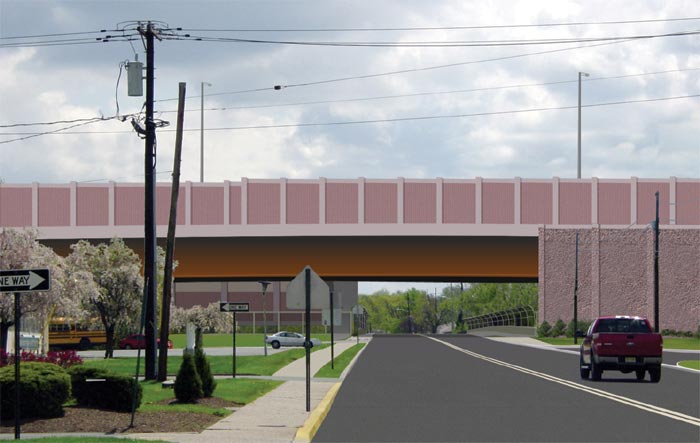 I have good news for my fellow South Jersey commuters:

The construction work at the I-295/I-76/Route 42 Interchange is entering its final phase and will be completed… in the winter of 2023.

That’s right, Save Jerseyans. The work that goes into “10 new bridges, one bridge widening, one bridge rehabilitation and two temporary bridge structures” in addition to 15,000 feet of new noise walls will take ten years (it started back in 2013).

Let’s put all of this into perspective given the ongoing debate over how to replenish our state’s transportation trust fund.

Germany’s legendary Autobahn – the precursor of our modern U.S. highway system – extended over 2,300 miles 5-years into its construction which began in 1935. Had World War II not interrupted development and devastated the country’s economy, the Autobahn would’ve likely doubled in size within 10 years… the same period of time it’s taking our state’s contractors armed with upgraded technology to upgrade one interchange.

During the New Deal? And after our soldiers beat the Nazis and Japanese and returned home? Our US Army Corps of Engineers could throw up a highway or complete small bridge in a few weeks.

Waste, bureaucracy, and inefficiency is holding us back, folks.

Has it ever been more obvious?

I’m not suggesting the project itself isn’t necessary. I am insisting that this process is INSANE.

Trenton Democrats (and, sad to say, many Republicans) want to raise the gas tax to pay for this nonsense but they don’t want to discuss why New Jersey spends 8.4 times the national average for every mile of road it maintains or builds. Many reasonable people (myself included) wouldn’t balk at discussing a dedicated fund IF the primary driver for this unnecessarily expensive situation was addressed first. B

ut union support counts more than taxpayer support at election time so there you go, my friends….

When it’s finished, let’s all hope the new Interchange can support all of the traffic heading South, towards the Delaware Memorial Bridge, for taxpaying motorists in search of a saner, fairer place to call home.