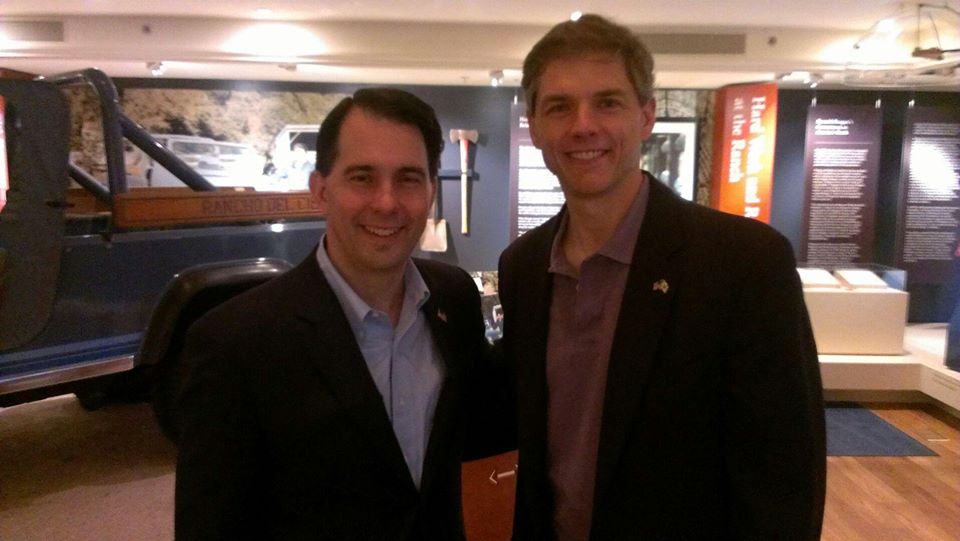 Those who don’t know history are doomed to repeat it, Save Jerseyans.

Those people would be Democrats. Last week they released ‘tax reform’ proposals to fund the state’s transportation rust fund – including borrowing and a preemptive promise (or threat?) to “pull the plug” on tax reductions. So not reform at all, really. The same old bull crap in fancy new packaging.

“A classic bait-and-switch is built into this tax trade-off proposal,” our friend and conservative champion recently opined. “They would impose an immediate and permanent gas tax increase on New Jersey’s overtaxed residents in exchange for a phased-in estate tax reduction they already plan to revoke.

“How do we know this is a bad deal for taxpayers? Look no farther than the last raw ‘deal’ on the Transportation Trust Fund in 2011-12.”

What was the plan? As Webber correctly recollects, the 2011-12 TTF 5-year funding plan was slated to include no less than $4.37 billion in new borrowing and $1.82 billion in soc-called “pay as you go”cash financing… from the state’s general fund. 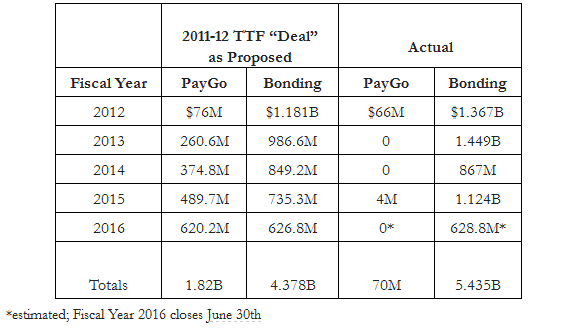 What happened? Check out the table post to the right. Pay-as-you-go was gone by the first year.

“Less borrowing, more PayGo – that was the plan pledged and touted by the Democrats last time around. What actually happened over the last five years? Borrowing boomed, and PayGo was a NoGo – the exact opposite of what they promised. So taxpayers incurred more debt but in return the Democrats showed no fiscal discipline,” added Webber. “Now that the Dems have run out of money, those same deal makers have a new ‘deal’ for us – an immediate and permanent gas tax increase for a phased-in and temporary tax reduction. Another Wimpy offer, gladly giving us tax relief on the proverbial Tuesday for a gas tax hike today.”

History… learn it! Or be ruled by the bad decisions that shaped it.