Guest Op-Ed: A Republican’s argument for voting Libertarian in 2016 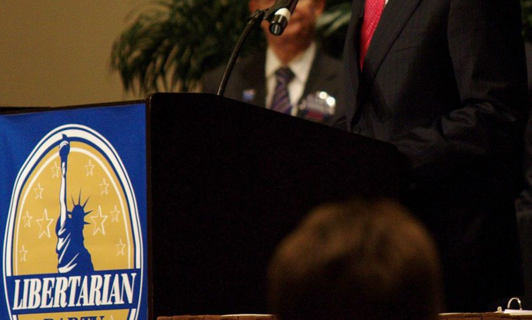 I am a republican. But you shouldn’t confuse republican with Republican, per se. Is there a difference? Yes, sadly, there is. Until recently, however, there really wasn’t, but now there is a chasm between many of us and it is widening.

As a republican, I advocate for a strict interpretation of the constitution. I cherish our Bill of Rights. I believe that if the Constitution does not expressly grant a power to the federal government, then it doesn’t have the power to act. I advocate for separation of powers and checks and balances between the three branches of government to protect the minority and to ensure the federal government does not become too powerful. Accordingly, I believe in limited government. 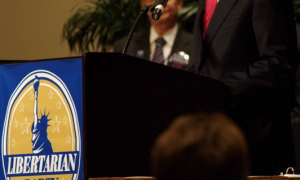 I believe in free markets, i.e., free-market capitalism, not crony capitalism. I believe in the rule of law, free trade, the pro-growth effects of low, but fair, taxes (everyone should pay), and balanced budgets. I believe in responsible regulation of industry, not business-destroying, job-killing regulation.

I believe in keeping America’s military strong, and taking care of our veterans, but I don’t believe we should be the world’s policeman. We should use our power firmly, but also respectfully, compassionately, and with dignity regardless of how evil our enemies are. We should forge powerful alliances and let local populations maintain stability in their countries or regions.

Merely because I am a Republican, however, does not mean that I will support or even vote for a candidate who calls him or herself Republican if that candidate, for instance, does not or has not consistently espoused the principles I articulated above. Under such circumstances, I can neither support nor even vote for such a candidate.

But I also cannot and will not sit home and not cast a ballot in this year’s presidential election. Therefore, because neither of the major parties’ candidate lives up to my standards, they come nowhere close, in fact, I will support and vote for the Libertarian Party’s candidate for President, Governor Gary Johnson of New Mexico.

Governor Johnson is a successful businessman, he built his business on his own to pay his way through college and without inheriting millions from his father. And he was an exceptional governor. He kept taxes low; in fact, he never raised them. He restrained the size of government and wielded his veto pen more than all other state governors combined. When he left office, New Mexico was only one of four states with a balanced budget.

I urge my fellow republicans to vote their conscience and consider supporting Governor Gary Johnson for President. I recognize that Governor Johnson likely will not win in November and I also recognize that a vote for Governor Johnson is probably a vote for Hillary Clinton, at least it is in red and purple states, but I would rather vote for him than do further damage to the American soul, and it has already sustained enough damage.

Merely because an “R” now miraculously follows the presumptive Republican candidate’s name does not mean I can in good conscience support or even vote for him. While he may now be calling himself a Republican, I assure you, he is no republican.

I truly hope some day the Republican Party will rise from the ashes of its current state and again make room under its tent for the republicans who built the party in the first place.