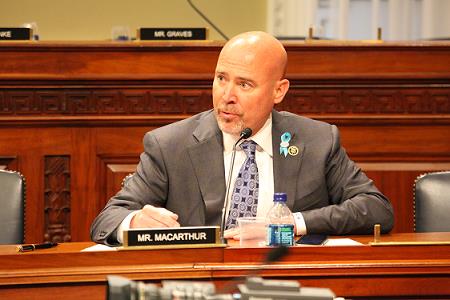 FEMA is rolling out new “reforms” to its troubled flood insurance program, Save Jerseyans, but the congressman who represents most of hard-hit Ocean County, New Jersey is not impressed.

“Over the last year we witnessed severe incompetence and systemic failure,” explained Congressman Tom MacArthur (R, NJ-03), in a statement released Thursday. “The people of New Jersey have been mistreated by a government that is supposed to be there for them when disaster strikes. This is not the first time FEMA has promised ‘reforms,’ but unfortunately they haven’t followed through with anything close to their promises. While these ‘reforms’ make for a nice press release in the wake of a storm of damaging headlines, it doesn’t change the fact that bad actors at FEMA were responsible for the systemic lowballing of claims to my constituents, and to date not a single person at FEMA has been held accountable.”

MacArthur called for the head of FEMA to resign earlier this spring and, in an unprecedented move, held a press conference one month ago with FEMA whistleblowers. One such whistleblower explained how he was required to either deny or underpay nearly 1,000 Sandy claims over the course of four months.

“I am eager to hear more about FEMA’s promised ‘reforms’ – and I pledge to play a leading role in demanding the kind of comprehensive change that will prevent anything like this from happening in the future,” MacArthur continued.

Thus far, details suggest the reforms focus on expanding the government’s ability to oversee and renegotiate terms with private insurers. Many critics remain unsatisfied by the focus on private insurers since FEMA itself seems to have been the primary culprit.

The embattled agency has set this summer as a deadline for reviewing outstanding claims stemming from three-year-old Superstorm Sandy.