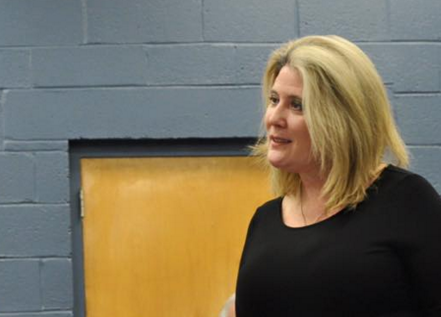 What is clear? The veteran legislator is less than pleased with the general direction of things and, specifically, how the campaign for chairman is playing out online and in the media.

“I am embarrassed to be a part of the BCRO. The only people winning right now are Lou Stellato and the Democrats,” Schepisi, who joined the Assembly in 2012, opined to Save Jersey on Monday night. “The personal attacks on non-candidates are appalling and are further dividing anything we may have left. Whomever wins tomorrow night, I beg of him, be a leader, stop this garbage and give us hope for the future.” 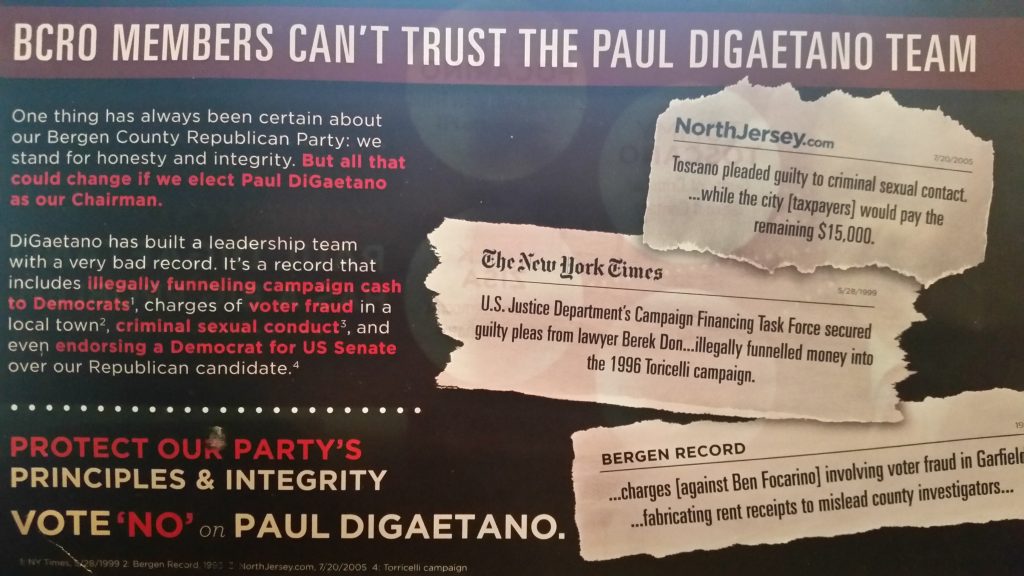 The campaign hadn’t been exactly cordial up until this highly-controversial mailer hit but matters reached near-nuclear proportions after it did.

The men named in the Yudin camp’s attack mailer responded in a joint letter of their own, declaring how “[a]fter spending seven years as invited members of your kitchen cabinet, you can imagine how shocked we were to learn today what bad company we are….

We request that you immediately return the tens of thousands of dollars that you asked from us and that we have contributed and raised for you over seven of the last eight years.

We would hate for such tainted money to remain in the BCRO coffers.”

In published statements to the media as well as a late Monday night e-mail blast, Yudin responded to Toscano and company’s return volley by alleging that the schism occurred when the former advisers attempted to give him “orders.”

More than 1,000 BCRO members are expected to vote for Yudin or DiGaetano at party headquarters in downtown Hackensack on Tuesday evening.