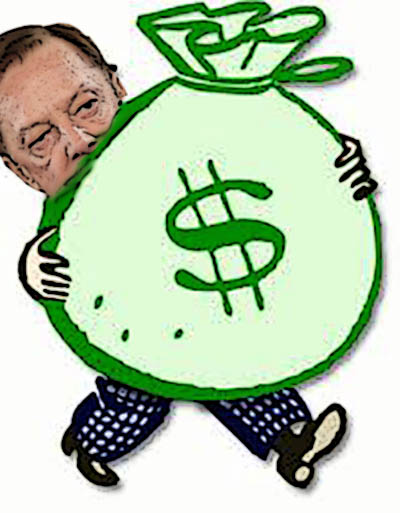 Former New Jersey Department of Transportation Commissioner Jamie Fox, leading advocate of the gas tax hike push before resigning in disgrace, is reportedly being charged by federal officials for his alleged role a Port Authority Chairman bribery scheme, Save Jerseyans.

Fox is charged with conspiracy to commit bribery; he stands accused of using to arrange the infamous Chairman’s Flight, a scam which led former Port Authority Chairman David Samson plead guilty to one charge of bribery for accepting a regular non-stop flight from Newark to his South Carolina summer home.

Back in 2007, before returning to NJDOT in 2014, Fox left a Port Authority position to consult for private clients including United Airlines.

There have never been any direction connections drawn between Governor Christie and the Chairman’s Flight controversy, but as the Bridgegate defendants head to trial, today’s news is yet another black eye for a beleagured Christie Administration at a time when Chris Christie is scheduled to play a starring role at the