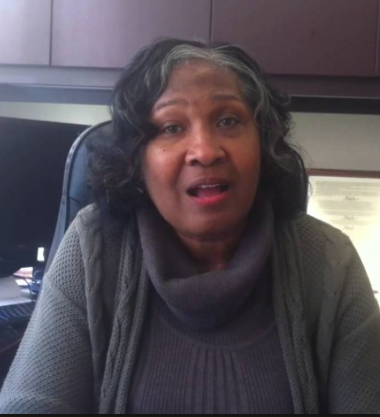 Over the weekend, she put out a press release insisting that Tiver needs “more real world experience” to serve as freeholder.

Tiver hit the ball back over the net on Tuesday, specifically by citing the current board’s record of fiscally responsible stewardship.

“Does Ms. Foster disagree with this year’s county budget that cut the county property tax levy? Does she oppose my call for a ban on double-dipping because it would embarrass her double-dipping running mate, Mr. Kostoplis?” replied Tiver in a release of his own. “Instead of taking ill-advised shots at me, she should talk about what she would actually do as Freeholder.”

Robert Tiver’s world experience includes years on the job as a certified Heavy Equipment Operator and service with as an elected Councilman in Southampton Township.

Reva Foster earns six-figures working in a government job for the Burlington County municipality of Willingboro.

This year might not end much differently regardless of how well Hillary Clinton performs in Burlington County. 2016 Democrat sheriff contender James Kostoplis ran and lost a contest with Sheriff Jean Stanfield in 2013, Surrogate candidate Sander Friedman failed to unseat Surrogate George Kotch in 2011, and Freeholder candidate Reva Foster lost to current Freeholder Joe Donnelly by 20+ points in 2013.