Carroll outguns Weinberg and her ‘smart gun’ revisionism on Facebook 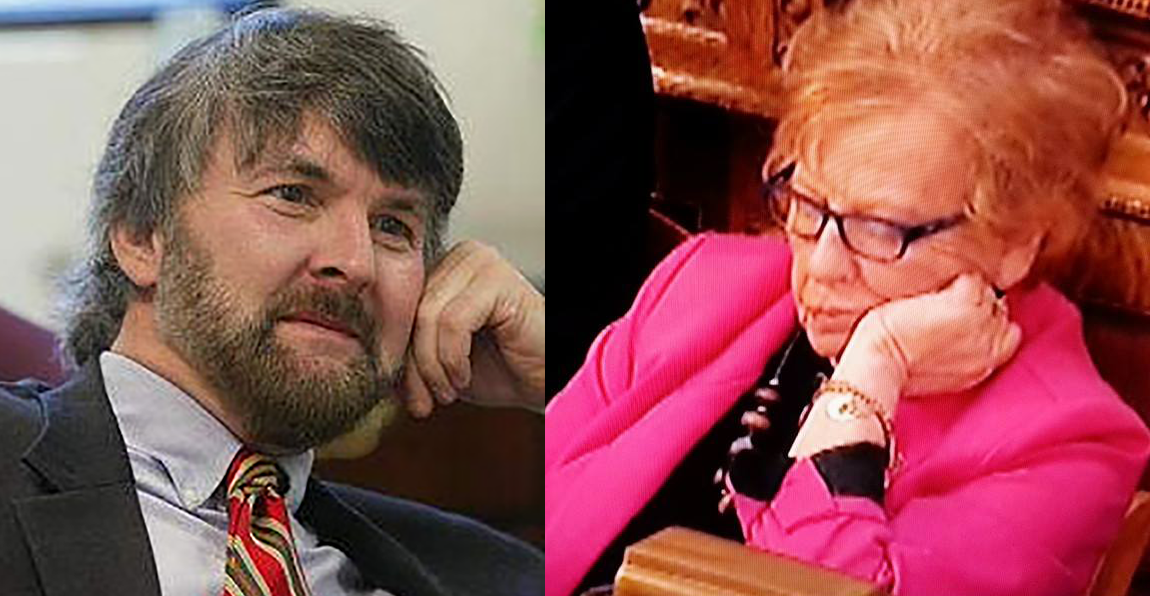 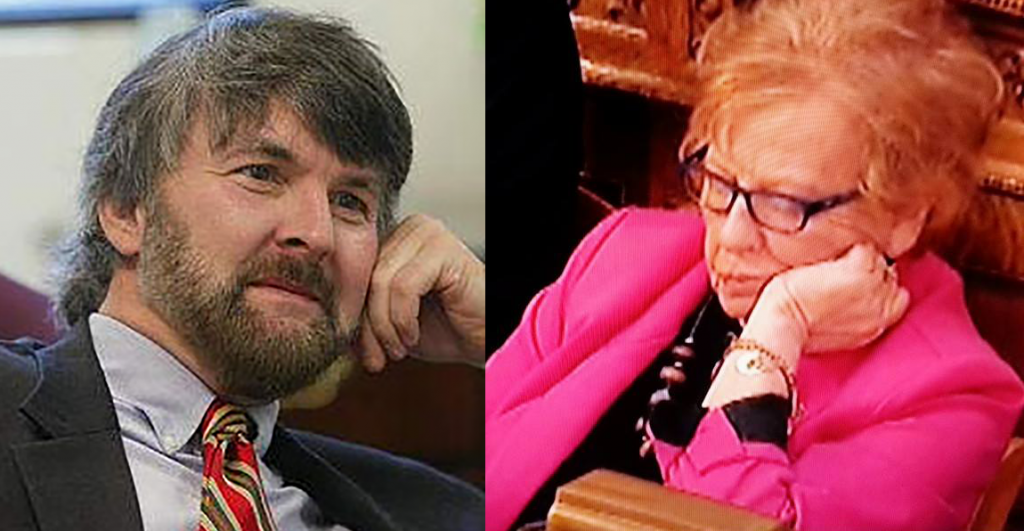 Governor Chris Christie’s “shall issue” declaration drew most of the attention when he vetoed two gun control measures last week, Save Jerseyans, but the substance of his conditional veto of S-816 arguably carries (pun intended) further reaching consequences for gun rights nation-wide.

That particular bill is the baby of state Senator “Loopy” Loretta Weinberg (D-Teaneck). The Bergen County commie aimed to repeal a 2002 state mandate requiring all New Jersey firearms dealers to sell “smart” guns — and ONLY smart guns — three years after the notoriously ill-advised, unreliable and unviable technological oddities surface on the market.

Because opponents of the Bill of Rights like Loretta shot themselves in the foot (pun intended again) when they passed the ’02 law which inadvertently made it harder, not easier, to pass laws banning traditional firearms by replacing them — by legislative fiat — with so-called smart guns.

Of course that’s only half the story. A frustrated Weinberg ran headlong into the other half on Monday when she took to Facebook and shared an article blaming gun groups for bullying dealers into staying away from smart guns. Assemblyman Michael Patrick Carroll (R-Morris), who couldn’t be more opposite Weinberg ideologically if he tried, was the messenger/instructor (I omitted other commenters’ contributions for the sake of brevity and clarity): 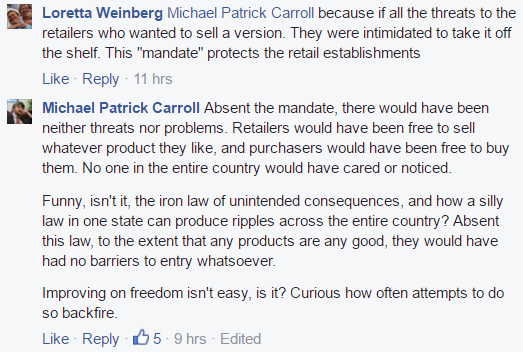 It’s been a little while since I’ve seen such a nicely succinct explanation regarding how the free market — and liberal attempts to hamstring it — impact policy.

Who needs ornate legislative chambers in 2016?

Social media’s where the real action is these days, Save Jerseyans. You and I have an opportunity to take these people on, directly, and prove that they’re intellectually bankrupt without any filters or friendly media for them to cower behind. Conversions are happening all the time as a result.

Not that I expect any of it to sink in for Loretta. She’s beyond our help and almost seems to delight in her ignorance. All we can do is keeping pointing it out!