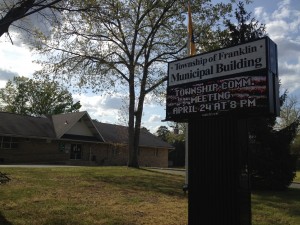 The Mercer County Prosecutor’s Office confirmed the ongoing investigation and subsequent passing of Leopardi to The Trentonian.

Leopardi, a husband and father of three, was also an incumbent Franklin Township committeeman in Gloucester County who, at one point in the recent past, also served as Franklin’s Democrat mayor. He served over two-decades in law enforcement, most recently as a member of the capital city’s K-9 unit.

“With heartfelt sadness, the Mayor [Sheryl Neely] and Township Committee learned that our colleague Committeeman Ed Leopardi died suddenly at his home,” a statement released by the Township explained. “Our thoughts and prayers go out to the Leopardi family. We ask that all residents of Franklin Township take this time to mourn Ed’s passing and to take time to express their personal condolences.”

Leopardi’s current term on Franklin Township Committee would have expired in 2018.